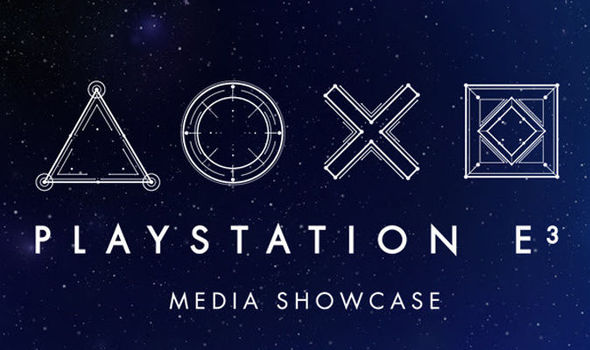 It’s safe to say that Sony’s press conference at E3 2017 was relatively solid, albeit lacking the panache of years prior. Despite getting the likes of a full-on remake of Shadow of Colossus and Monster Hunter World, there wasn’t any real earth-shattering new announcements and new PS4 games like E3 2015 where the Final Fantasy VII Remake, The Last Guardian, and Shenmue 3 were all announced back-to-back. And while the argument can be made by Sony that there simply wasn’t a reason to come out all guns blazing with new announcements, it would’ve been nice to see one or two more make an appearance.

Sony E3 2017 announcements were held back

After all, Sony’s President of Worldwide Studios, Shuhei Yoshida, said that PlayStation ‘held back’ some announcements this year with the likes of Tokyo Game Show and PlayStation Experience still to come.

As a result, we’ve compiled a list of the biggest absentees and speculate upon when we might see them next.

Not all too surprising, this. As it stands, Santa Monica-based developer Naughty Dog has a small team currently plugging away at The Last of Us Part 2 ever since its initial reveal at last year’s PlayStation Experience. Fact is, the team’s focus at the minute is on Uncharted: The Lost Legacy, the standalone story expansion to Uncharted 4: A Thief’s End that’s releasing on August 22. To that end, Naughty Dog’s very own Neil Druckmann has said that he didn’t want to take the shine off of The Lost Legacy (which opened Sony’s E3 2017 press conference) by overshadowing it with an update on The Last of Us: Part 2. It’s worth bearing in mind, too, that when Sony’s Shawn Layden revealed the game onstage at PlayStation Experience back in December he stressed that it was ‘early in development’. As a result, we’d hazard a guess and say The Last of Us: Part II’s release date will fall somewhere around mid-2019, maybe a little earlier, though it’s not outside the realm of possibility that we’re teased a little further at the next PlayStation Experience in Anaheim this December.

Now this one is a particularly is curious. Announced back in August of 2015 as a result of a rabid fan base that just wouldn’t quiet down, the upcoming Resident Evil 2 Remake was another conspicuous absence from Sony’s E3 2017 press conference despite the implicit synonymity between both the game and Sony’s platform. Bar the news that actress Alyson Court wouldn’t be reprising the role of Claire Redfield due to Capcom’s decision to hire non-union voice actors (despite initially reaching out to her), it’s been incredibly quiet on all fronts. That’s not necessarily a bad thing, but par for the course of a remake you’d expect perhaps a morsel of an update considering we’re coming up to nearly two years since its initial reveal by Capcom’s Hiroyuki Kobayashi in an infamous video. If we were to guess, there’s a decent chance we’ll see a formal trailer at this year’s Tokyo Game Show, or failing that perhaps Sony will go in all guns blazing and show it at PlayStation Experience, too. Either way, we’d expect the Resident Evil 2 Remake’s release date to be late 2018 to coincide with the iconic original’s 20th anniversary.

The most egregious example on this particular list is of course the absence of Sucker Punch Productions’ new IP from Sony’s flagship conference at E3. A popular topic that springs up annually at this stage is just what exactly has the Washington-based developer been working on ever since the release of its last game, Infamous First Light, some three years ago. To give some context, President of Sony’s Worldwide Studios Shuhei Yoshida mentioned over two years ago that he had played the game. It was initially presumed that Sucker Punch was the developer behind the upcoming Spider-Man title but that then turned out to be Spyro the Dragon creator’s Insomniac Games instead. (They look to be doing a stunning job). To rub salt on the wounds further, Yoshida-san mentioned to Kinda Funny’s Greg Miller that he’s played the game several times since then but stopped short of mentioning anything else. As with the aforementioned titles, PlayStation Experience seems tailor-made for an announcement like this, and we’re sure that it’d bring the house down if it were to happen.

It’s common knowledge that Bloodborne developers From Software currently have three titles in full production – an Armored Core game, a dark fantasy game that will feel familiar to those with ‘’straightforward expectations’’, and a third ‘’weird game’’ that is apparently in an odd genre. Bar some small utterances of a Bloodborne II, a prevalent rumor regarding the middle ‘dark fantasy’ title is that it’s a PS4-exclusive named Phantom Wail. According to a 4Chan post that was picked up by numerous gaming websites, the game has an Aztec/Mayan aesthetic with a focus on hand-to-hand combat and martial arts. To be honest it sounds a lot like Slowclap’s Absolver, but either way, From Software was nowhere to be seen at Sony’s press conference. Given its esoteric style, we’d suspect Tokyo Game Show would be the most likely place to see what From Software’s been cooking up. One thing’s for sure, it’ll definitely be worth the wait.

We haven’t heard a lot about Dreams, the upcoming ‘play, create, share’ sandbox title from LittleBigPlanet developers Media Molecule recently. There was a beta originally scheduled to run last year but it was pushed to this year and we still haven’t heard a lick of information about it. Speaking to gaming website Eurogamer this week, however, Sony’s Jim Ryan commented on the game’s absence from Sony’s E3 2017 press conference by saying:

“Yep, everything is fine with Dreams. We will have news of Dreams later in the year. You saw there was a fairly consistent tonality in the games last night…”

Fact is, Dreams is a hard concept to demonstrate to people, so it’s perhaps better suited for something like PlayStation Experience where Sony’s ravenous fan base might be more open to such a title. That said, if that’s the case, it means a 2018 release date for a game that was formally announced at PlayStation Meeting back in 2013. Still, that seems like the most likely of outcomes especially if the game might now have PS VR compatibility.

What do you think were the biggest absentees at Sony’s press conference at this year’s E3? Let us know in the comments section below.