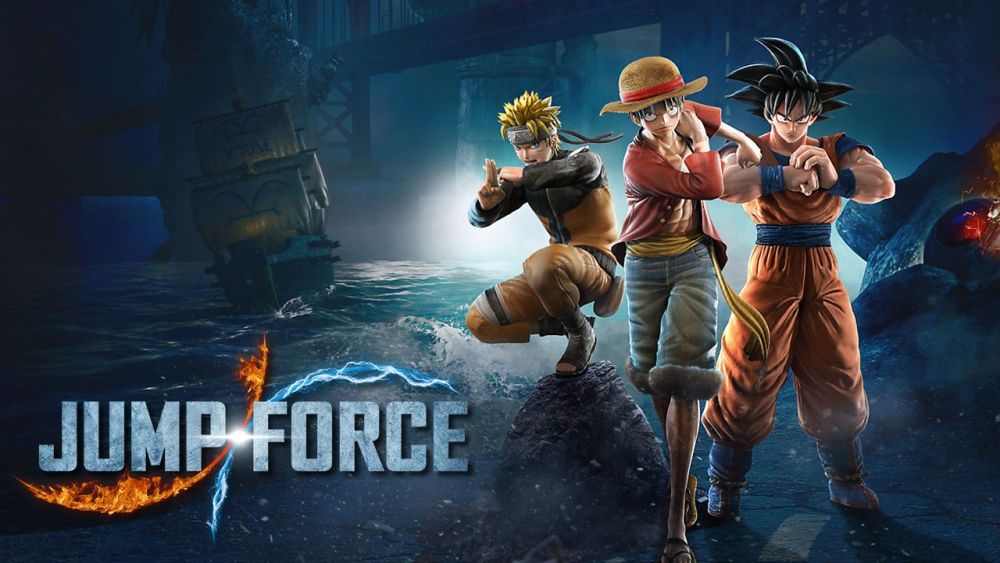 Jump Force has just landed! Now you take to a unified world filled with heroes and villains from popular Shonen Jump stories. However, Jump Force maintains a minimal approach to how it shares information with you. Oftentimes, you will learn new things by accident or exploring button combinations on your own. So, to help save you some time in the early hours, we’ve come up with a list of things to help bring you up to speed that much quicker. The flow of the game is not very clear. To make things a bit easier, locations are marked on your map. Unfortunately, opening the map is not indicated early on. The only way we figured it out is trial and error. While in the hub, press Triangle one time to open up the mini-map. To open the complete map, hold the Triangle button. This makes finding objectives so much easier.

Jump Force does not hold your hand. This might be because Jump Force plays much like the Dragon Ball Xenoverse series. So, many commands are the same here as they are in Xenoverse. Unfortunately, not everything is, and this goes for many commands exclusive to Jump Force. If you’re don’t want to dive into the Jump Force deep end, we highly recommend doing all of the Tutorial Missions. These are found at the Mission Counter, which is located in the center of the hub. You Have A Bike!

There is no need to run everywhere you go while in the hub. That’s just too slow, let’s be honest. Just press down on the D-Pad to bring up a vehicles menu. Right off the bat, you have access to a bike, a boat, and a frog that help you zip around the hub much faster than your legs can.

You Can’t Toggle Between Online And Offline

After selecting your character, a prompt asks if you want to play online or not. If you wish to play offline, you go into a version of the HUB dedicated to you alone. If you go online, you go into a HUB filled with other players. However, if you wish to switch between offline and online, you have to quit to the main menu, re-select your character, and then choose the opposite prompt. There is no built-in toggle to switch between offline and online.

Your Custom Character Does Not Have Access To All The Abilities

Jump Force features a mountain of moves inspired from all the characters in the game. While most of them are available for your character, a fair few are not. For instance, like Piccolo’s Special Beam Cannon. New missions at the Mission Counter grant opportunities to fight against different combinations of Shonen Jump characters. However, the list is not categorized based on level. Before jumping into a mission, be sure to double check what the mission’s level is. Early on, you could find yourself in a mission 20 levels above you.

Mission Counters reside in multiple places in the hub. One is in the central location, and one is found in each of the three team bases. While these are located in different places, all of them share the same list of missions. So, there’s no need to run around doing specific missions for each counter.

Stay tuned to PSU for more Jump Force coverage as well as our review in the coming days.