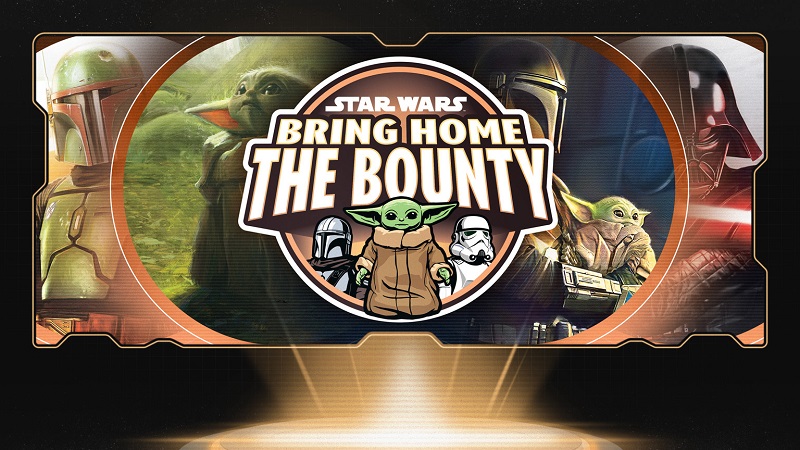 A new Star Wars game could be set to be revealed later on this year on December 14, 2021 as an ongoing promotional campaign titled Bring Home The Bounty outlines a schedule for reveals on memorabilia, games, and other merchandise.

The only glaring issue around this is the fact that this game could very literally be anything, whether that be a brand new PS5/PS4 title, a brand new mobile title, or even potentially a brand new Star Wars board game.

Each of these options are possible but that doesn’t necessarily mean all hope should be lost. The Star Wars IP is seemingly up for grabs to anyone that can sell Disney their pitch, and it should be no surprise if we start hearing about games in what would previously seem like the oddest of ways. I wouldn’t necessarily expect a big game announcement out of a marketing campaign centered more around merchandise and apparel, but weirder things have happened.

It’s really more a matter of the fact that we should be expecting a larger quantity of Star Wars games, so Disney needs to find somewhere to announce them. If it’s anything of note, we’ll have you covered here at PSU.