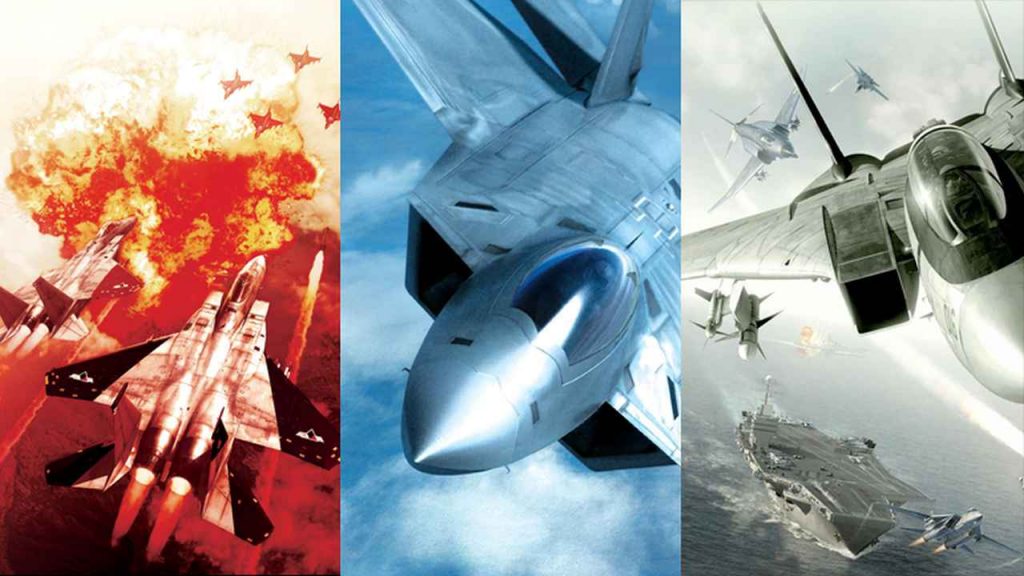 [Update] Bandai Namco responded to our query about a recent Tweet which suggested that PS2 to PS4 versions of Ace Combat 04: Shattered Skies and Ace Combat Zero: The Belkan War are in the planning.

A PR representative from the company told us: ”

I can confirm that we are staying in-line with our original plan of offering Ace Combat 5: The Unsung War for PlayStation 4 players and Ace Combat 6: Fires of Liberation for Xbox One players as part of Ace Combat 7: Skies Unknown’s pre-order offer.

In speaking with my social media manager who created the post in question, the three PS2 titles featured in the Twitter post are known as the “holy trinity” in Ace Combat fan circles, hence their featuring in the post.”

Ace Combat fans rejoice, for your prayers may have been answered. With Ace Combat 7 on the horizon and fans itching to get back into the cockpit, late last night Bandai Namco dropped a major bombshell with one innocent looking tweet.

Seems innocent enough on the face of it, until you look carefully at the titles shown in the picture. Ace Combat 04: Shattered Skies, Ace Combat 5: The Unsung War, Ace Combat Zero: The Belkan War, and Ace Combat 7: Skies Unknown. The glaring omissions there are Ace Combat 6: Fires of Liberation, released exclusively for the Xbox 360 in 2007 (and is free with Xbox One pre-orders), and Ace Combat Assault Horizon released for the PS3 and Xbox 360 in 2011. So why this particular group of games?

If you recall, last month PSU sat down with an interview with Project Aces lead, Kazutoki Kono, where we discussed Ace Combat 7. I asked Kono-san directly about the possibility of other Ace Combat titles being re-released for the PlayStation 4, and received a wonderful non-answer:

Ace Combat 7 pre-orders on the PlayStation 4 will include a PS2 to PS4 version of Ace Combat 5: The Unsung War, which is fantastic news to fans. Has Bandai Namco considered also bringing Ace Combat 04: Shattered Skies and Ace Combat Zero: The Belkan War to PlayStation 4?

At this moment in time it does not have such a schedule. Of course, as long as there is customer feedback, it is our mission to investigate and make efforts. For Ace Combat 7 in particular it was really interesting for the players to play Ace Combat 5: The Unsung War which is set 10 years before the event of our last game.

We’ve reached out to Bandai Namco for confirmation, and will update when we receive a reply. For the time being however, Ace Combat fans are jumping for joy at the possibility of replaying these classic games.