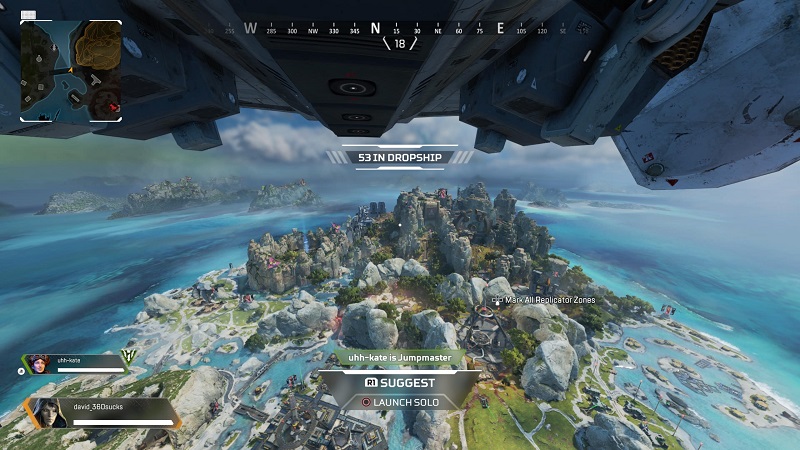 Apex Legends Season 11 Overview Guide – A new season of any live service shooter has the opportunity to really shake up the game, as was the case with Apex Legends and the launch of Season 11. We got a brand new legend, a brand new weapon, but more importantly, a brand new map.

All together it’s been quite the adjustment for players across the board, and this quick guide will teach you everything you need to know about everything new in Season 11: Escape.

There’s one, really quite obvious change to Apex Legends this season with the introduction of the new map, Storm Point. It’s the largest map in the game yet, but that’s not the only thing that is changing up the game. It also brings more verticality to Apex then ever before. 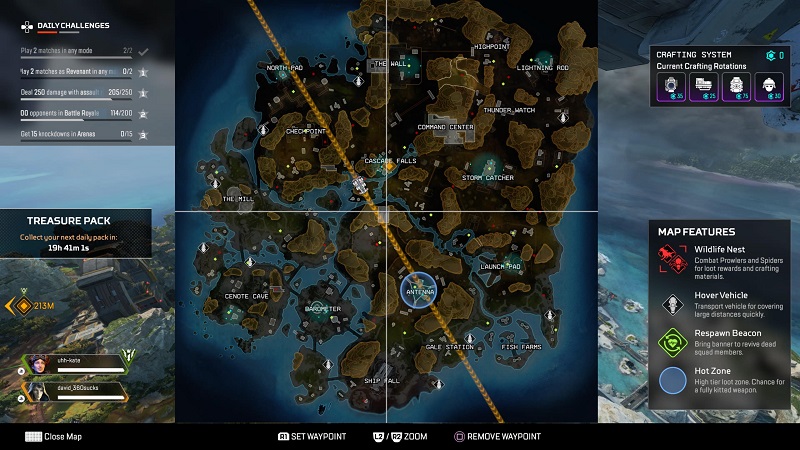 This means that legends like Ash, Wraith, Loba, Horizon, Pathfinder, and Valkyrie all play a much more important role than they ever have before. Each of those legends can move in a way which allows them to take advantage of the high vantage points in Storm Point.

Now this isn’t to say that you should only play these legends, but you should be aware that these legends can move around the map in more ways than anyone else. That may of course be the case no matter the map, but for Storm Point it matters so much more, because of how the verticality plays to each of those legends’ advantages. 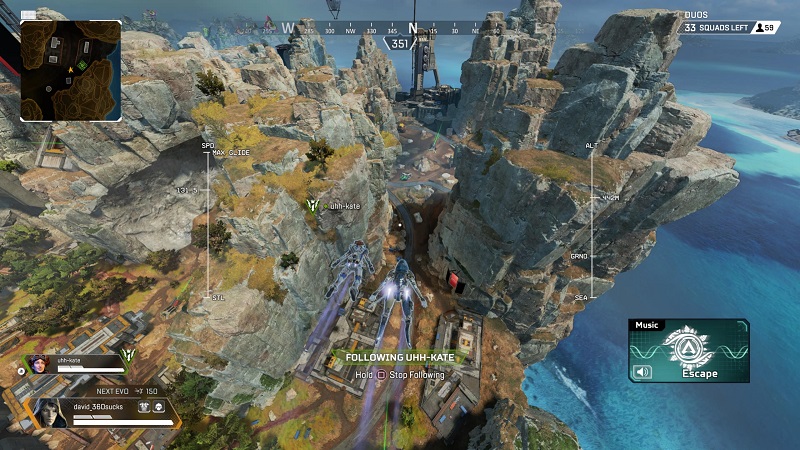 Speaking of moving around the map, there are plenty more ziplines across Storm Point than ever before. What there are less of however, are the jump towers, and in their place are gravity cannons.

These cannons are extremely fun to use, but if you want to use them strategically, you will need to remember a couple of things. There’s a delay before launching when you run into the cannon, and while you’re in the air you can control how you land. If you time it right, you can even slide a great distance away on landing.

However as fun as these new cannons are, it is imperative to try and determine what’s on the other side of the cannon before launching. If you’re pushing a squad, that’s one thing, but watch out for teams camping them as the circle moves in. 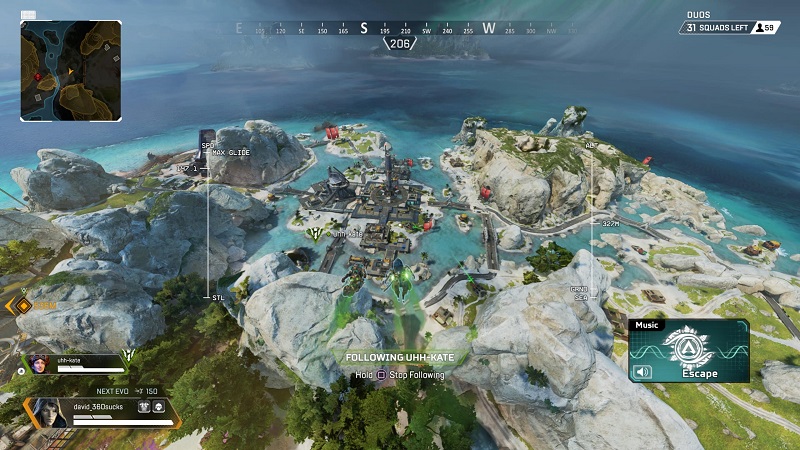 One aspect that is entirely new to Apex Legends is the introduction of animal enemies. Prowler and Spider dens or nests respectively are scattered across Storm Point for you to take them on, if you choose. Taking out a few prowlers or spiders will land you with potentially some pretty good loot, though you pretty much telegraph your squad’s position with all the noise you make taking out each of them.

Thankfully these dens are always in the same place on the map, every time. So eventually you can learn where they are, and use them to your advantage. One creative use is to weaponize them. The way it’s supposed to work is the player who attacks the nest is the one they’ll target, but it seems like they’ll actually just target the closest players once they’ve been aggravated. So toss a grenade towards a spider’s nest if you see a squad moving through their to brighten up their day.

When I said there are less jump towers than previous maps in Storm Point, what I really meant was that there’s only one jump tower, in one spot on the map. It is however, like everything else in Storm Point, bigger than any other jump tower in the game, so that at least makes up for it. 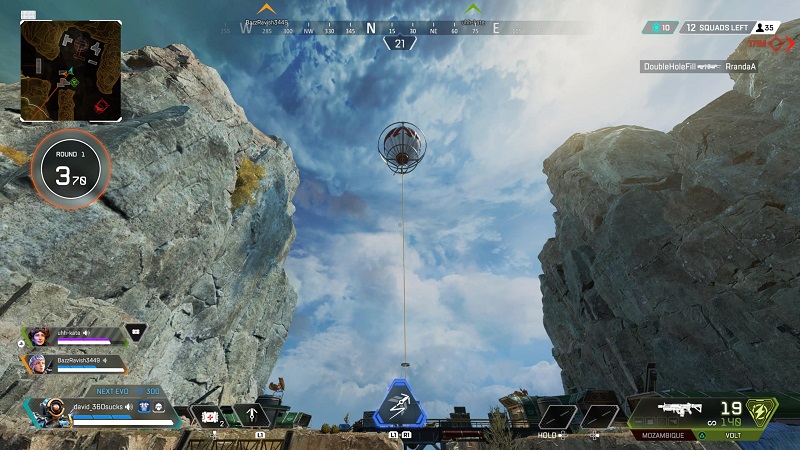 The CAR SMG is the newest weapon to be added into Apex, and it’s unique in that it is the only weapon in your arsenal that can use two types of ammo. Whether you’re carrying light ammo or heavy ammo, both will work with the CAR. Even both light and heavy attachments will work with the CAR, for all of it’s ammo. So if you’re stocked up on light ammo but can only find an extended heavy mag, that extended mag will still work when using the CAR and vice-versa. It’s a small touch that makes the weapon so much more stress-free to use.

As any SMG, it shoots very fast, so it’s great for doing a lot of damage really quickly but you’d be wise to find a stock and a barrel stabilizer for it. There’s also no difference between how fast it shoots with one type of ammo over the other, but there does seem to be a slight damage increase for using heavy ammo over light.

Whichever you use, the CAR is a deadly fast weapon that will win you most close-quarters fights with some dedicated practice. That’s really where the weapon shines. It’s a great weapon to pick up when you’re dropping hot at the beginning of a match, for both it’s speed and its versatility. 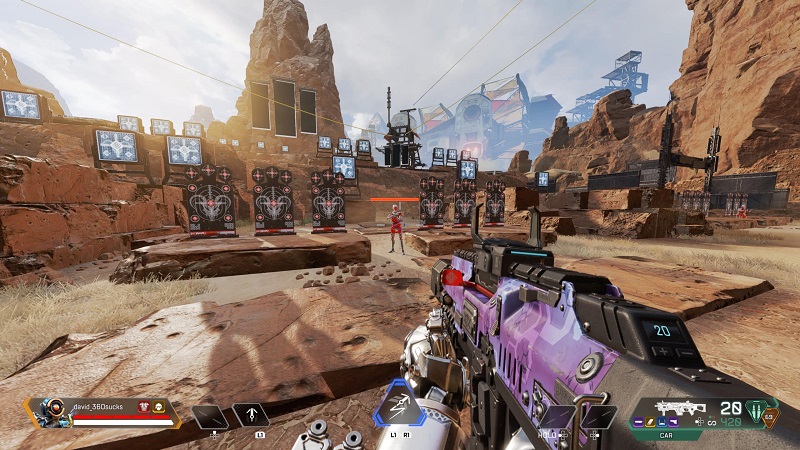 Of course it ought not to be your pick if you’re in a distance fight with another squad, but the CAR is so useful for those close, game-clinching fights that it is almost always worth picking up whenever you come across one.

Storm Point is still such a fresh map for players, having an understanding of how you can make it work for you is key to winning matches. Use the verticality and the extra space to your advantage. If you don’t already, playing one of the legends I previously mentioned really opens the map up.