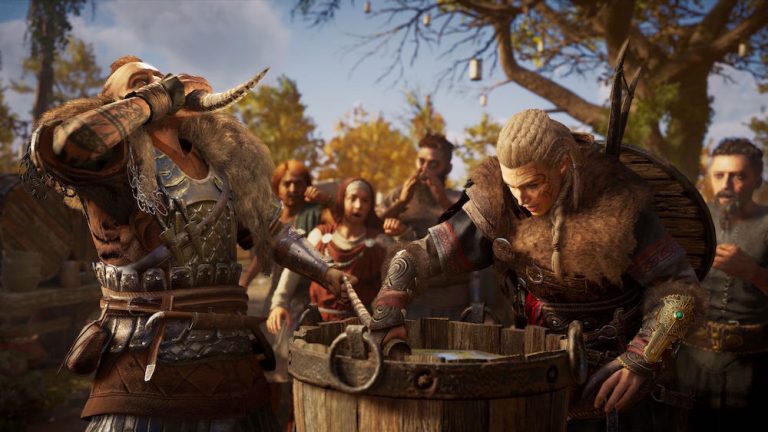 Ubisoft‘s excellent Viking romp Assassin’s Creed Valhalla is packing up its settlement, hopping into its longboat and leaving PS Plus Extra on December 20, 2022, according to the game’s official listing for Sony’s subscription service.

It’s an odd decision as Assassin’s Creed Valhalla is by far one of the biggest third-party games available on Sony’s newly-revamped PS Plus service, and has featured prominently in marketing since June’s revamp.

Unfortunately, that does not give you much time to finish AC Valhalla before it leaves PS Plus Extra, since it’s a massive game and something that you could easily put 100+ hours into. While the story itself isn’t too long, there’s a lot of grinding involved as you won’t be strong enough to tackle some of the tougher regions unless you level up.

Assassin’s Creed Valhalla was the first entry in the franchise to arrive for PS5 and Xbox Series X/S, having launch for both systems in November 2020. The game originally launch the month before on PS4, PC and Xbox One.

Ubisoft supported the game with extensive post-launch content, which is set to wrap up soon with the free DLC The Final Chapter. Sadly, New Game+ isn’t happening despite fan requests.

You can have a butchers at our full Assassin’s Creed Valhalla PS5 review here.