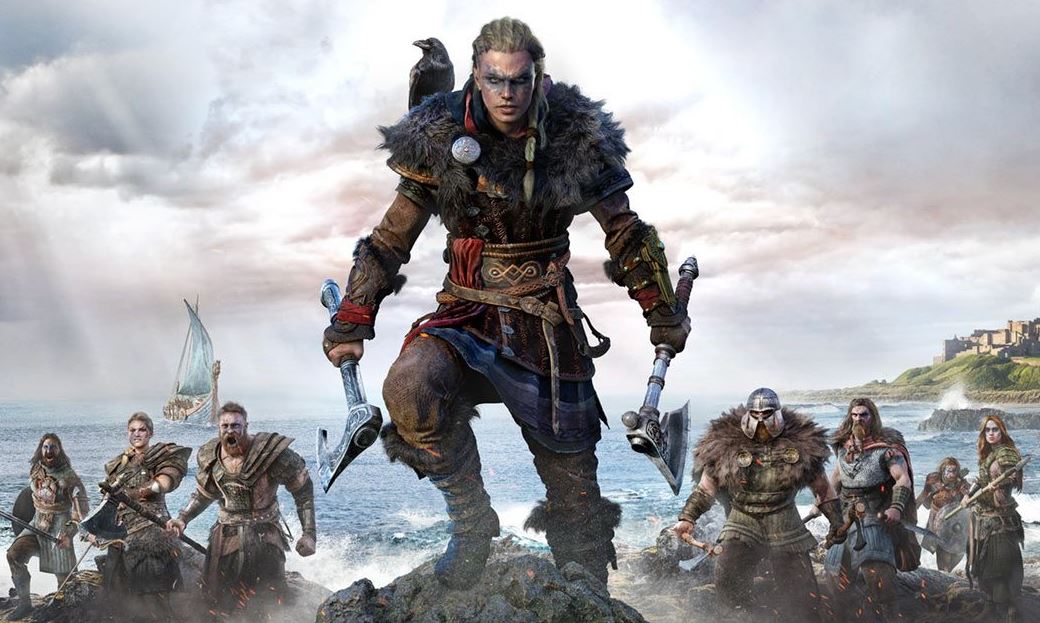 First off, Assassin’s Creed Valhalla is a breathtakingly gorgeous game at times, as was the case on the PS4 anyway. In fact, it’s a testament to the current-generation version of the game’s graphics when I found it hard to really notice any standout advantages of the PS5 version. The fact is, Valhalla looks gorgeous on either platform.

Still, the sharper 4K resolution (whether that’s upscaled or native, we don’t actually know, but honestly, I’m not fussed at all) gives the game a polished shine that accentuates the already jaw-dropping vistas and impressive water effects as you soak up Dark Ages England.

As mentioned in my initial review, the characters aren’t anything special, but it’s the environments that really standout; indeed, PS5’s extra technical muscle only further cements this opinion.

One of the most egregious issues of the PS4 version of Assassin’s Creed Valhalla was the load times. Whether it be booting up the game, using the fast travel function to navigating menus, load times were pretty bad, and this is something that the PS5’s SSD has rectified.

Firing up the game is now considerably faster and you won’t be forced to muck about in the loading screen for ages, while fast travelling to locations across the map is quicker too, ensuring you can get to where you need to go pretty sharpish. Menus are almost-instant, too. All of this makes for a much more seamless and enjoyable experience, as the loading screens aren’t anywhere near as intrusive or tiresome as on PS4.

To be more specific, booting my save file on the PS4 version takes about 45 seconds until you’re actually able to get into the action. On PS5, this takes just 20 seconds. Meanwhile, using fast travel on PS4 resulted in 50 seconds of loading time, whereas on PS5, it makes you wait just 25 seconds – impressive stuff.

Viking Raiding At 60 FPS Is A Blast

Another obvious advantage of the PS5 version of Assassin’s Creed Valhalla is the frame rate, which runs at a buttery-smooth 60 FPS. This isn’t just limited to when you’re walking around or sailing on your longboat; the increased frame rate remains steady even during heated bouts of combat, such as during raids or in crowded towns and settlements.

As such, battles feel far smoother and at times more responsive, with every swing of your axe and shield block executed with precise, fluid motion. Travelling is also infinitely more enjoyable as you glide over glistening waters or soak up England’s sumptuous countrysides on horseback. The best bit? I didn’t see any major signs of slowdown during my time with the PS5 version.

Crucially, the next-generation version of the game removes many of the bugs seen in the PS4 version. I encountered no instances of getting stuck on the scenery, annoying glitches, or times where soldiers would stand still in one spot and pivot like a ballerina. Yes, really, that happened on PS4.

That’s not to say there are no technical hiccups left, but it’s such a marked improvement over the PS4 version that it makes the game more enjoyable and keeps you immersed in the experience.

Overall, Assassin’s Creed Valhalla is best enjoyed on the PS5. Any remaining niggles I have with the game aren’t related to the performance of the game on the console itself, but rather, are intrinsically linked to the core fundamentals of the game.

Dodgy accents and some annoyances with grinding aside, this is the definitive version of Ubisoft’s Viking opus and a must-have for Assassin’s Creed fans.

Assassin's Creed Valhalla on PS5 is the definitive version of Ubisoft's epic Viking title. With a sharper resolution, silky-smooth frame rate and a reduced number of bugs and glitches, Sony's new console offers a more seamless and enjoyable platform to experience this mammoth, engrossing open-world game on.