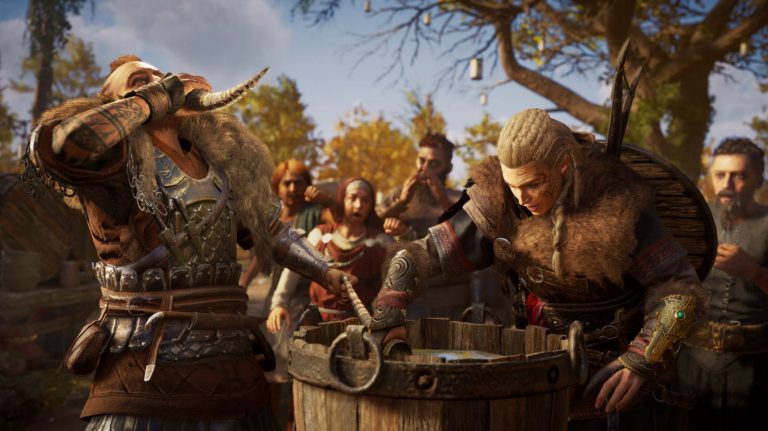 Assassin’s Creed Valhalla‘s next major expansion, titled Siege of Paris, has leaked with a detailed synopsis online, giving us an idea of what’s in store the Viking-era adventure post-launch.

The synopsis leaked via the game’s files and was reported by J0nathan, a well-known leaker, revealing the Siege of Paris takes place a few years after the events of the main campaign for Assassin’s Creed Valhalla. You can read the full synopsis below.

To the South, the kingdom of Francia has unified under a single king for the first time in a hundred years. Charles the Fat, the great grandson of Charlemagne, now wages a slow war against the Norse in Francia. England could be next. Ravensthorpe must make new allies in Francia to avoid the threat of war. A visitor will arrive at Ravensthorpe’s dock to launch the adventure.

In addition to the above, the leak reveals that Siege of Paris is targeting a November 2021 release, according to dialogue from Eivor in the DLC, there won’t be any more details unearthed about the Hidden Ones in the expansion.

Assassin’s Creed Valhalla is available now for PS5, PS4, PC, Xbox Series X/S and Xbox One, and you can read our review here.