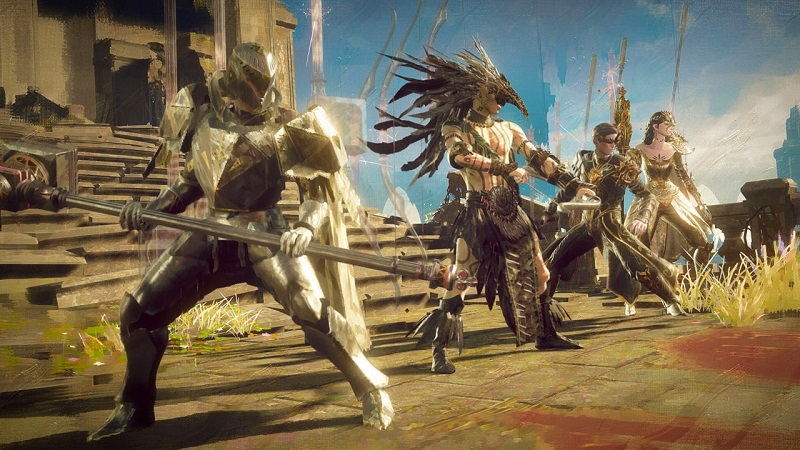 Players who have been playing Babylon’s Fall during the phase 3 of its closed beta test noticed quite a few similarities between gear in Babylon’s Fall, and gear in Final Fantasy XIV.

So much so, that it ended up becoming quite the topic of conversation among fans, which has caused for Babylon Fall’s producer Yosuke Saito and Naoki Yoshida, director of Final Fantasy XIV to clear the air.

“When I gave my BABYLON’S FALL presentation at a company meeting, FINAL FANTASY XIV Producer & Director Naoki Yoshida was also in attendance and offered his help, to which I replied, ‘Yes, please!'” Saito writes. “This is how the plan came to fruition. We then carefully implemented the data while closely coordinating with the FINAL FANTASY XIV team.”

“When I first heard Mr. Saito’s plan for BABYLON’S FALL, I thought to myself, ‘Ahh, so he’s making a hardcore action-based hack-and-slash game. I’m kind of jealous.’ But at the same time, I thought, ‘Preparing all of the gear variations needed for the gameplay is going to be really difficult.’ After all, a hack-and-slash game is far more enjoyable when numerous items and gear are available.

So, I said, ‘Let’s use FFXIV’s assets too. We have so many, it’d be a shame to limit them to FFXIV alone,’ and that’s how it all started. Back then, I didn’t realize that it would become such a hot topic.”

This kind of collaboration between developers is always nice to see, and now that players know to expect this, it’ll be interesting to see what other tidbits of Final Fantasy XIV made their way into Babylon’s Fall.