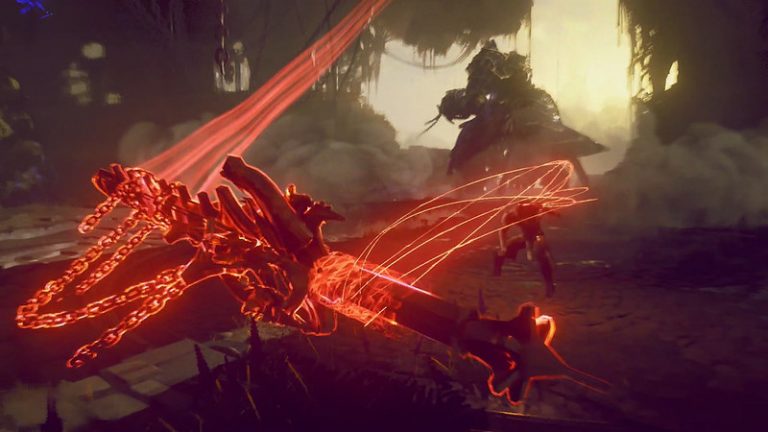 Platinum Games has lifted the wraps off Babylon’s Fall Season 2, which is set to run May 31, 2022 until November 29, 2022. There’s a ton of new content planned, including a new weapon and element type, extra quests, and much more.

Season 2 of Babylon’s Fall introduces a new chapter in the shape of The Light of Aaru. You can read more about it below.

A Kuftaali VIP visits the Sentinel Force Headquarters. The Sentinels head to the Ziggurat under a new order and are faced with a new truth. Witness the story of Elysium in the Ziggurat “Tower of Benben” that stands tall in the desert.

Meanwhile, the Babylon’s Fall Season 2 Battle Pass offers up more than 100 rewards including an assassin-themed vanity attire, and the Battle Pass can be purchased at a discounted price depending on how much BP is earned. The new weapon type is the Pistol, which are difficult to handle but have the ability to become powerful weapons.

Elsewhere, the extra element, known as Sun, requires you to work on new strategies for enemies who are aligned to this element, and “pursue new builds including pistols.”

Babylon’s Fall launched for PS5 and PC in March 2022, although it’s fair to say the game hasn’t exactly gotten off to a great start. Aside from being lambasted by critics, the game’s player base on Steam is so low that more people are playing the Outriders demo. Ouch.