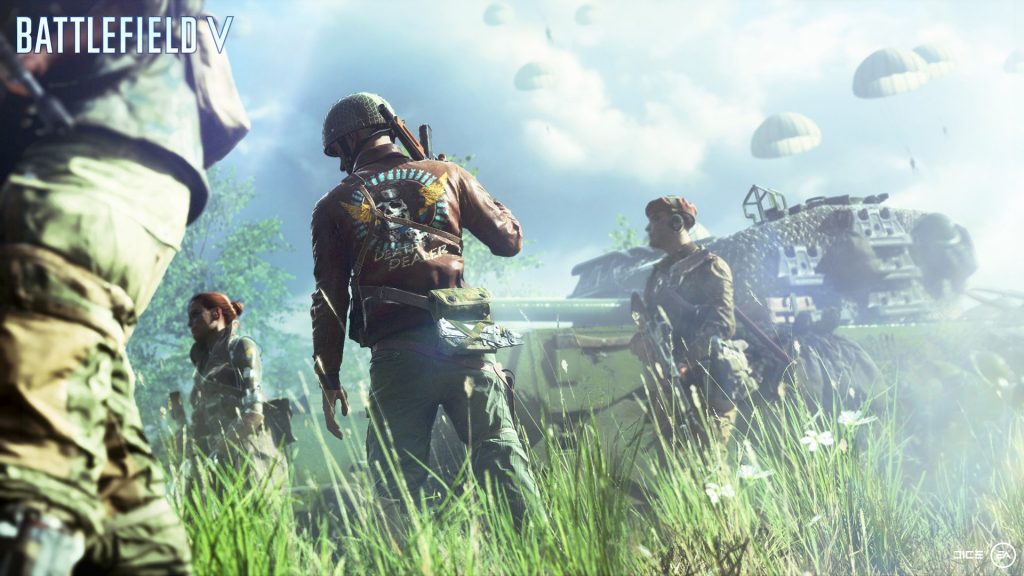 Electronic Arts and DICE have revealed full details on Battlefield V Chapter 4: Defying the Odds, which brings another slew of free content to the World War II shooter starting later this month. Despite launching with a few features lacking, such as the battle royale mode, Firestorm, Battlefield V has steadily grown in the months following its release, with DICE delivering on its promise to flesh out the game post-launch.

Battlefield V Chapter 4 will kick off on June 27, which brings with it a new map in the shape of Al Sundan, which takes place on the sun-baked plains of North Africa. The will be followed by another extra map in July, which sees players slugging it out on the mountainous region of Marita during the Battle of Greece.

August will introduce two new maps in Close-Quarter Combat, with players assaulting Provence and Lofoten Islands in what DICE describes has been made specifically with tight infantry combat in mind. Meanwhile, Firestorm players will be able to tuck into new map, vehicle, and weapon updates in June, while multiplayer will be complemented by new weapons, vehicles, and gadgets.

Finally, DICE is promising numerous quality of life improvements for Battlefield V as part of Defying the Odds. The new weapons cover all four classes, and come in the shape of the S2-200 MMG and Panzerbucshe Anti-Material Rifle, and can be earned by completing Weekly Challenges.

Battlefield V was released on PS4, PC, and Xbox One in November 2018, and highlights some of the lesser-known battles of the Second World War. The campaign includes missions that follow the Norwegian resistance, as they attempt to thwart the Nazi’s nuclear weapon’s program, as well as a convicted thief taking part in the Special Boat Service.