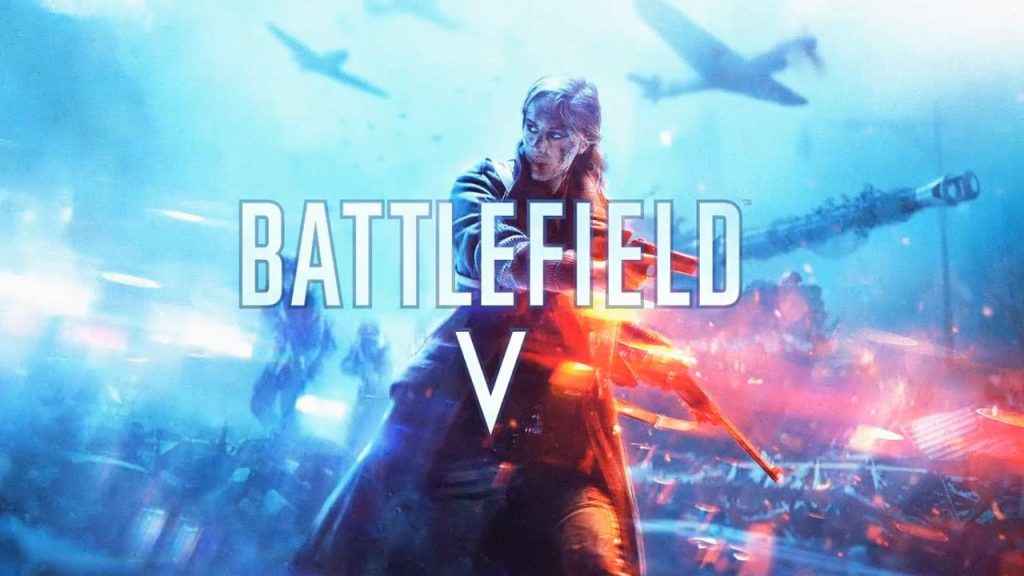 Now, while this shouldn’t surprise anyone who happens to be aware of transformative post-launch patching practices, the difference is far more pronounced here because EA has seen to fit to delay/stagger the release of a fair amount of content that would definitely affect any well-rounded critique of DICE”s latest entry in their long-running FPS series.

As it is in its current form then, Battlefield V is a somewhat uneven, but ultimately spectacular venture. The single-player campaign, called War Stories are a mixed bunch of interesting settings and shopworn shooter tropes, while the multiplayer – which has inarguably been the core of the Battlefield franchise for years, is pretty much the best it ever has been.

Chartering three different theaters of conflict within the war, Battlefield V’s single-player focused War Stories aim to depict the smaller, less well-known skirmishes of WWII because after all, there are only so many times you can charge the beaches of Normandy or topple the Reichstag.

Instead, War Stories portrays three lesser known World War II conflicts. Starting with ‘Under No Flag’, players are thrust into the role of cockney career criminal Billy Bridger who, fresh from a stint in a prison, is recruited into a special tactical unit that would eventually be known as the British SBS (Special Boat Squad).

Tasked with an incursion into North Africa to destroy Nazi infrastructure, Under No Flag is tonally the lightest of the three War Stories, with the frequent bouts of dry comedy and cockney swears being amusing, but yet also clashing somewhat with the po-faced mood that the other War Stories go to great lengths to establish.

Beyond its comical cockney bluster, Under No Flag is mechanically the most workmanlike of three single-player campaigns, gameplay-wise. Greeted with a massive play area, players must direct Bridger to sabotage enemy airbases, while engaging in pitched battles with Nazi forces that occasionally require you to shoot the odd plane out of the air. Frantic then, though hardly quite as thrilling as it should be.

In the second War Story, Nordlys, players take the role of a Norwegian rebel, who, along with her similarly insurgent mother must undermine the Nazi’s ability to produce the hard water needed to power their ambitions for atomic weaponry. The most intense and substantial story of the three campaign offerings, Nordlys encompasses an eye-opening ski-bound decent into a frozen fjord before switching gears into a Goldeneye style infiltration of a engineering facility and beyond.

Though thunderous in both execution and aesthetic (Nordlys stands as a stirring showcase of the visual craft that DICE has mastered in Battlefield V), it’s difficult to escape the fact that though very different in terms of setting to previous WWII single-player campaigns, the actual missions all play very similarly to what we’ve already experienced before.

In the third of the launch day War Stories, Tirailleur casts players as an Senegalese soldier who reminisces upon his time serving in the infantry tasked with undertaking Operation Dragoon in occupied France during 1944. Desperate to fight for his country, Deme Clesse and his unit of Tirailleurs storm their way across rural France, unshackling the Nazi war machine from the inside after the success of Operation Overlord just weeks earlier.

Functionally the most interesting of the three War Stories, Tirailleur spices things up by including the sort of Conquest and territorial capture mechanics one would expect to see in the multiplayer portion of the game which, in the process, make this War Story much more interesting than the other two which are available.

Beyond the initial playthrough of each of the War Stories, reasons to replay lay in the challenges and collectibles, which trophy collecting aside, dish out Company Coin currency that can be used to purchase cosmetic gear for soldier. However, if neither of those things really interest you, than there stands little reason to take yourself back through Battlefield V’s War Stories.

Away from its single-player offering, Battlefield V clearly does its best work in the multiplayer arena where a number of wide-ranging minor and major improvements have been implemented that make this year’s game one of the best entries the series has ever seen.

From the off, EA and DICE have clearly learned from the baffling mess that Star Wars Battlefront II was in its first few months, because the micro-transaction driven progression system that plagued that game initially has been stripped out here – instead much like Blizzard’s Overwatch, micro-transactions will only buy you cosmetic gear rather than giving you a bespoke advantage on the field of battle.

Instead, meaningful game-changing progression in Battlefield V is exclusively tied to how well you play – which is how it should be. Split between Career Rank, Class Rank, Vehicle and Weapon Rank, each rank represents a different means of progressing and improving your character in Battlefield V. Career Rank is an overall ranking system which when increased by gaining XP through completing objectives and killing enemies, provides an influx of Company Coin to purchase cosmetic items as well as a wider choice of vehicles to choose from when you spawn.

Whereas Class Rank is perhaps the most visible of all the progression systems, as it represents how frequently each of the four classes – Medic, Recon, Support and Assault are played, rewarding the player with new primary weapons, side-arms gadgets and grenades depending on how much they achieve. Finally, both Vehicle and Weapon Rank function similarly; rewarding the player for favoring particular weapons and vehicles by giving them numerous different specializations to use (one such upgrade makes a heavy machine better at hip firing for example).

As far as the numerous multiplayer modes go that support Battlefield V’s myriad progression structure there are no shortage of them to get stuck into. Naturally, the Conquest and Conquest Assault modes remain a highlight, while the all-encompassing Grand Operations also make their return from Battlefield 1 – providing players with lengthy, multi-stage branching battles that feel as satisfying as they ever have.

Beyond that, the available modes filter down into smaller scale affairs, such as Team Deathmatch, Domination and the tug-of-war style Frontlines mode; all of which also play superbly well across Battlefield V’s eight hugely varied maps. Another new addition to this year’s game is the new Airborne mode. Less of a bespoke mode in the traditional sense and more of a bolt-on to the existing Grand Operations mode, Airbourne has players parachuting into the battle from an airborne troop carrier in a manner that’s sure to affect fond memories of HBO’s superb Band of Brothers television show.

Again however, much like the single-player side of the coin, the multiplayer facet of Battlefield V is missing some key modes that will be released very shortly (in literally a couple of weeks) as free DLC.

From the delay of the interesting four-player co-op game mode Combined Arms, through to the launch omission of the hugely ambitious Tides of War mode – a sprawling active multiplayer campaign that switches up maps and modes as the weeks go by, it’s clear that if Battlefield V had released a little later it would have been all the better for it.

While the actual moment-to-moment beat of Battlefield V’s movement and gunplay remains as solid and effortlessly compelling as it ever has, DICE has carefully implemented some nuanced improvements here too. As well as the improved physicality of running, jumping and sliding around the place, the Swedish developer has greatly improved the aiming and feedback of the various firearms that you’ll get to grips with – eliminating bullet drop over longer distances and ensuring that the various calibers of guns all provide the sort of recoil and armor penetration that one might expect.

One especially great new feature in Battlefield V is the ability to build fortifications during battle. While its application is far from the heady heights of Fortnite’s construction madness, it’s usefulness remains undimmed as players can hastily throw up walls and sandbag barriers to stymie or halt the advance of encroaching enemy forces.

More than just sensual stimuli, every multiplayer battle is potentially a wellspring of emergent moments and stories, so robust does Battlefield’s peerless penchant for fashioning bombastic, militaristic sandbox theater manifest itself. One moment you could be charging up the hill towards a fortified enemy stronghold, and then in another you could be ducking and diving through gunfire to plant some TNT on a tank before detonating it to the relief of your teammates. This is Battlefield in its purest form and it feels great.

Given the sheer wealth of features that the game will gain just a few weeks after release, you have to wonder whether Battlefield V would have been better of releasing in December because, quite frankly, it would ostensibly result in a far more feature complete offering than what we have here.

All the same what we do have here remains an impressive offering – one that is indelibly marked by perhaps the finest multiplayer the series has ever seen and an array of single-player campaigns that while not mechanically ambitious, are still boast more intriguing settings than many of the period-set WWII shooters that have come before it.

Review code supplied by publisher.
Developed and published by EA, Battlefield V is out now on PS4, PC and Xbox One.

Boasting breathtaking spectacle and some of the most refined series multiplayer to date, Battlefield V's missing features prevent EA's latest from soaring to the heights that it deserves to. Nonetheless, DICE's latest shooter effort both maintains and enhances the series essence to stake its claim as one of the better FPS titles available on PS4.