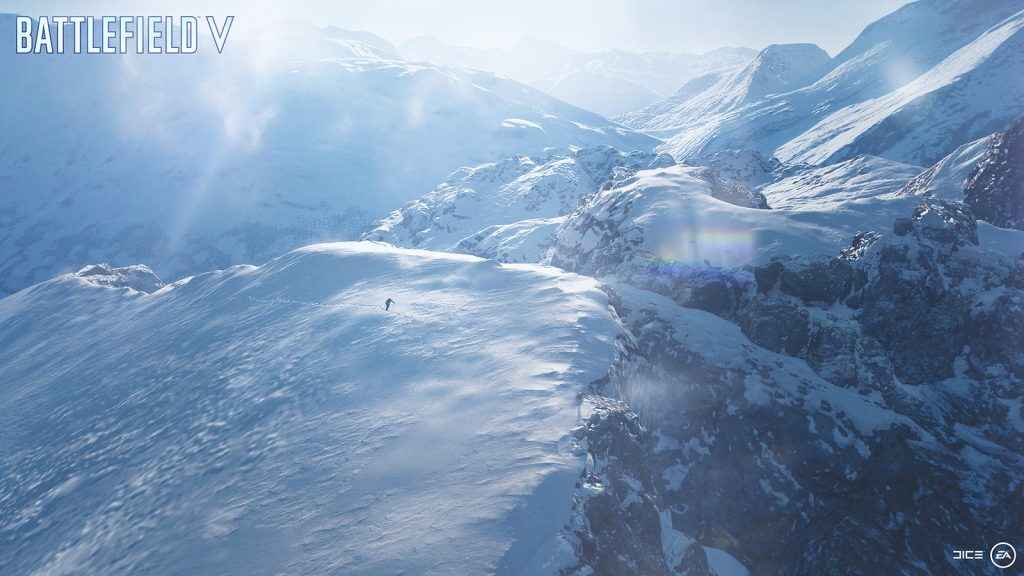 Over the last few days, more and more details have emerged regarding the Battlefield V single player campaign. Known as War Stories.

We know, for instance, that each individual chapter of this WWII-inspired anthology endeavours to take players on a global journey “from the frozen mountains of Norway to the searing deserts of North Africa”. Whilst also breaking fresh ground and shedding light on less well-known aspects of the war.

All that has culminated in a new post, posted on the PlayStation Blog earlier today, providing fresh insights into the game’s much anticipated single player campaign.

The Battlefield V Single Player Campaign – Under No Flag and Tirailleur

The meat and drink of the Battlefield V single player campaign (i.e. not including the prologue) is split into four separate chapters.

Three of the four Under No Flag, Tirailleur, and Nordlys will be available at launch. While the fourth, The Last Tiger, will release as a free download a little later in December.

In terms of what the player will actually be doing, Under No Flag puts us in the shoes of career criminal Billy Bridger. Who, after his latest score goes awry, find himself drafted into the Royal Navy’s Special Boat Section and, unbeknownst to him, set on the arduous road to personal redemption.

Tirailleur, meanwhile, is told from the perspective of one of the Senegalese units who formed part of the French Colonial Forces and saw action in the South of France.

We’ll get onto Nordlys in a few moments (for reasons that will become clear). But it’s worth mentioning that The Last Tiger is no less interesting than its counterparts.

Taking place during the last few weeks of the war, The Last Tiger follows a German Tiger tank crew as they begin to question the Nazi ideologies that embroiled them in this heinous conflict. A perspective that’s rarely if ever touched on in the medium.

Releasing alongside Under No Flag and Tiralleurs, Nordlys is the War Story we know the most about.

As detailed in the original blog post, Nordlys follows a young Norwegian resistance fighter as she battles both the occupying German forces and the hostile ambient conditions to sabotage a Nazi heavy water plant and free her recently captured mother from their clutches.

The footage and images we’ve seen so far look absolutely gorgeous, not to mention genuinely tense and moving. And more than backs up DICE’s previous assertion that Nordlys can indeed be approached stealthily or all guns blazing, depending on the player’s personal preferences.

More importantly, Nordlys’ story looks genuinely interesting. Providing players with a rare opportunity to discover more about a period of history that, in popular media, so often focuses on one or two seminal events (the D-Day Landings, for example) at the expense of all others. And experience this more obscure part of WWII through a fresh pair of eyes. Battlefield V releases on the PS4, Xbox One, and PC in just a few weeks’ time on the 20th of November.