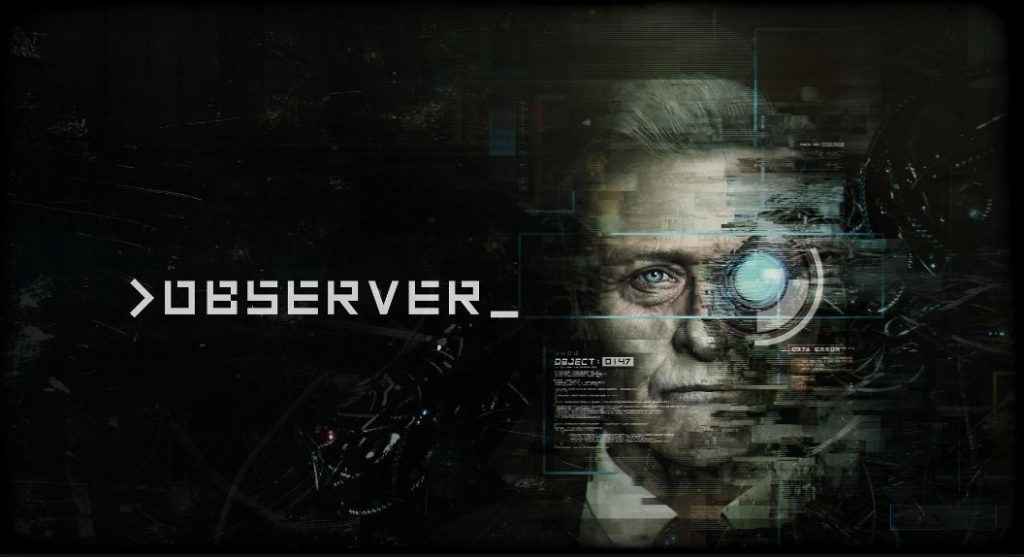 While there’s plenty of PS4 Horror Games that will scare you, and a bunch more scary games on PlayStation VR to play over the Halloween period, you should really check out this underrated little gem.

Indeed, all too often, the much ballyhooed selection of Halloween gaming recommendations on PS4 tends to revolve around the usual suspects in the usual genres – Resident Evil 7, Alien Isolation and so on and so forth.

While admittedly grandiose affairs that surely get the blood pumping and the chills, well, chilling, one of the more slightly unusual entries in the horror genre that deserves more attention than it gets is Observer, a cyberpunk horror adventure from the talented folks who brought us Layers of Fear.

Why You Shouldn’t Sleep On Observer This Halloween

Far less reliant on the jump scares and miscellany of other frights which usually rely on blunt force sensual stimulus, Observer is all about slow burning dread and uncomfortable disorientation.

The year is 2084 and the place is Krakow, Poland. As Daniel Lazarski, a grizzled cybernetically enhanced detective (voiced by Blade Runner’s Rutger Hauer, no less), players must scan their surroundings for clues and hack the minds of other people as a means of interrogation in order to discover the whereabouts of Daniel’s son, Adam.

What follows is an horrific psychological odyssey quite unlike any other on the market, as Daniel delves into the consciousness and nightmares of dystopian Krakow’s numerous denizens.

Nothing quite underlines existential terror like being separated from your own body or even your own consciousness, and it’s this grim sensation that developer Bloober Team seizes on frequently and early on.

Using Observer’s variety of ocular tricks, players will find themselves routinely unsettled and confused as haunting figures appear from nowhere, visuals warp and voices seemingly materialize when you least expect them to. In retrospect, it’s the sort of psychological horror one would expect to experience when you start to dive into the broken and fragmented minds of others.

There’s even terror in the smallest of details too, as doors inch open rather than flying out wide; players find themselves gradually incrementing the horrific portent as to what may lay on the other side. I mean, let’s take stock of that for a second – Bloober Team have made doors an integral part of the horror apparatus in a way that really hasn’t been done since the Resident Evil games on PSOne.

Elsewhere, the world that Bloober Team have fashioned for Observer also thoroughly sells you on its terrifying premise too. Sure enough, the Blade Runner inspired cityscape, a winding jungle of neon-lit signage, doorways and dank crevices, endures, but it’s ultimately the distinctly lived in and hopeless feel one gets from its urban lodgings that disturb the most.

Discarded and tattered apartments unfold in front of the player, as memories of happier times remain enshrined in photos, trinkets and other keepsakes.

Then there’s the gore. You see, folk never seem to die tidily in Observer. Indeed, the opposite often proves to be the case as the numerous unfortunate denizens of Krakow’s dystopian hellscape often find themselves missing a head, a collection of limbs or just splayed open for the world to see.

Observer then is, at times, an almost overwhelmingly frightful affair. A frequently intoxicating mixture of sensual and psychological horror, Bloober Team have wrought a horror icon that more than deserves your attention this Halloween and beyond.

You can read our review of Observer here. If you’ve got your own favorite PS4 games you’ll be playing this Halloween, let us know in the comments below.