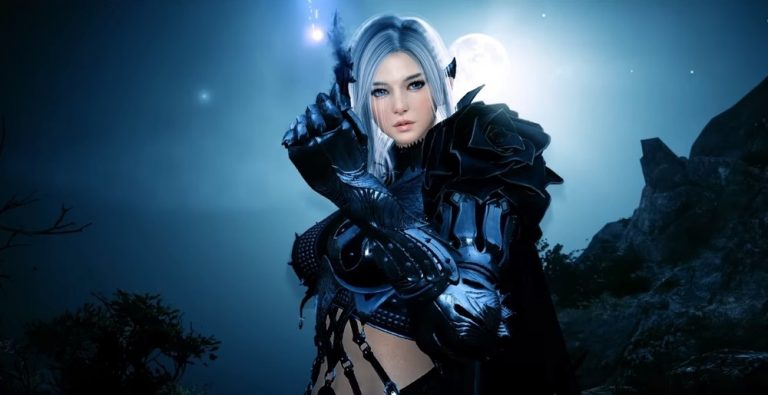 Pearl Abyss has announced the Black Desert Online update 1.42 patch notes for you to digest, which you can now download for the PS4 version of the game.

One of the concepts that is integral to the fantasy genre is the concept of an exceptionally rare item. Adventurers have already started to work on the holy grail items such as Lafi Bedmountain’s Compass or the Archaeologist’s map, but we want to add more of these items to the game over time. The process of getting these items is an accomplishment in itself, and many Adventurers have these items as a long term goal that they wish to reach one day. These sentiments led us to our decision to add more rare items.

Yet rare items are considered special due to their scarcity, therefore we were careful in our approach. These ‘treasures’, as our development team call them, have been bouncing around for a while, but the one that really stood the test of time was an infinite potion.

Whether it’s hunting monsters or other content, we hope to add more symbolically meaningful and rewarding items that are not just silver, as we want players to have long-term, ingame goals that they can strive to obtain.

Ornette’s Spirit Essence and Odore’s Spirit Essence, also known as infinite potions, have been added to the game. To create these items, you will need to gather spirit essences and dragon sacraments from Kamasylvia and Drieghan. By gathering these relics, and presenting them to the elder spirit Merindora, you will be able to gain the knowledge on spirit essences which allow you to obtain the final ingredients needed.

You will first need to collect the relics from Kamasylvia and Drieghan by defeating monsters in different areas.

Locations of all items needed for the infinite potion have been added to the Item Drop Rate window.

Unlike regular health and resource potions, these potions will not be consumed once used. Their effects are as follows:

Marni’s Research Box has been discovered around the Black Desert world. These boxes contain a Great Marni Stone, which can then be exchanged for another box which will reward you with a random yellow accessory. Unlike other Marni Stones, the exchanged stone will be given back to the user for it to be filled up again.

Marni’s Research Box is a rare drop from various monsters across Black Desert. Only one stone can be filled at a time, so make sure that you put away the Great Marni’s Stone if you are looking to fill up some of the regular Marni Stones.

Once a Great Marni’s Stone has been filled, it can be exchanged for a Marni’s Supply Box, which contains one of the following items:

Open Marni’s Supply Box to randomly obtain one of the following items:

Eye of the Ruins Ring

● New Knowledge entries have been made for each of the new Great Marni’s Stones.

One of the more popular item restoration requests is the Dim Magical Armor and Dim Magical Sub-weapon. We have added 2 new quests to the game to allow Adventurers the ability to reobtain these items. These quests can be obtained once every 24 hours:

Conditions to Obtain the Quest

Bacho Ladericcio at the Abandoned Monastery

[Repeat] Becker and the Magical Sub-weapon

We have also added two new titles that can be acquired by defeating certain numbers of Mad Scientist’s Assistants during the ‘[Crossroad] Each of their Reasons’ quest in the Serendia quest line. The titles, ‘Beat Mad Scientist’s Assistant’ and ‘Sandbag’, can be obtained by killing the monsters. However we will not be able to apply this retroactively, so all Adventurers’ kill counts for this title will start from 0.

The last of the quest changes is a whole host of new sub-quests added to Mediah. These new quests will refresh some parts of the sub-quests that take part in the region.

We have added an option where you can check the inventory of characters you are currently not logged in on. To do so, go to the disconnect menu and press Y/△ to inspect the contents of your other character’s inventory.

There is one change that will apply to all classes in this update. When you level up, there will now be a strong burst of energy that will push all enemies back from your character. This change is intended to help those characters who hit a level marker in the middle of a particularly large mob, and the animation could sometimes cause a character to die.

We are also continuing to modify and work existing skills in the game.

● Fixed an issue where certain skills caused the Vine Knot to Flow: Rooting combo not to trigger.

● Fixed an issue where the falling animation was played after using Flow: Rushing Crow to switch into awakening, even when the skill was used at low altitude.

● Fixed an issue where the falling animation was played after using Night Crow midair in awakening, even when the skill was used at low altitude.

● Fixed an issue where Cartian’s Protection could be used during Flow: Requiem.

● Removed the split damage effect on the following skills:

Mark of the Shadow

● Fixed an issue when Flow:Split Shot would sometimes not hit all 10 targets.

● Removed the split damage effect on the following skills:

● Petal Bloom has been modified

Stamina will no longer recover during the skill.

● Changed the attack range of Petal Drill, Flow: December and Petal Bloom to allow better hits on enemies that are trying to flank.

The previous update introduced Adventurer’s Tome and Chenga – Sherekhan Tome of Wisdom. These Tomes mention that they have a ‘Prognyl Silver Bar Gain +20%’, and in the update notes it also mentions this effect. Unfortunately we did not specify that the Prognyl Silver Bar gain only applies to Prognyl Silver Bars gained through quests, in the same way that the Combat EXP gain increase is only through missions. We apologize for any inconvenience this has caused.

There will be some minor quality of life changes to various items in the game.

● The following items have had their grades changed to blue:

● Fixed an issue where monsters in Blood Wolf Settlement were placed irregularly.

● Modified the Kagtum in Blood Wolf Settlement to have regular knock down animations when knocked down.

● You can now obtain knowledge of Bochlo by talking to the NPC when you don’t have his knowledge.

● Certain texts have been modified to make them easier to understand, and fix various existing typos.

● Fixed an issue where the skill effects for Witch’s ‘Paralysis’ and Wizard’s ‘Ritardando’ were not displayed correctly.

● We have removed certain parts of fog on the world map that were previously unremovable, even when the locations had been discovered.

● Fixed an issue where the directions in the quest list and the automatic navigation would sometimes not correlate correctly.

● Fixed an issue where the remaining time on a Golden Bell buff would display incorrectly.

● Fixed an issue where the milking minigame would occasionally instantly fail.

● Fixed an issue where the kill counter for guild missions in Aakman was not working.

● Fixed an issue where you could not scroll down in the Horse Skill UI.

● Fixed an issue where Tier 3 and Tier 4 horses were not appearing in the wild.