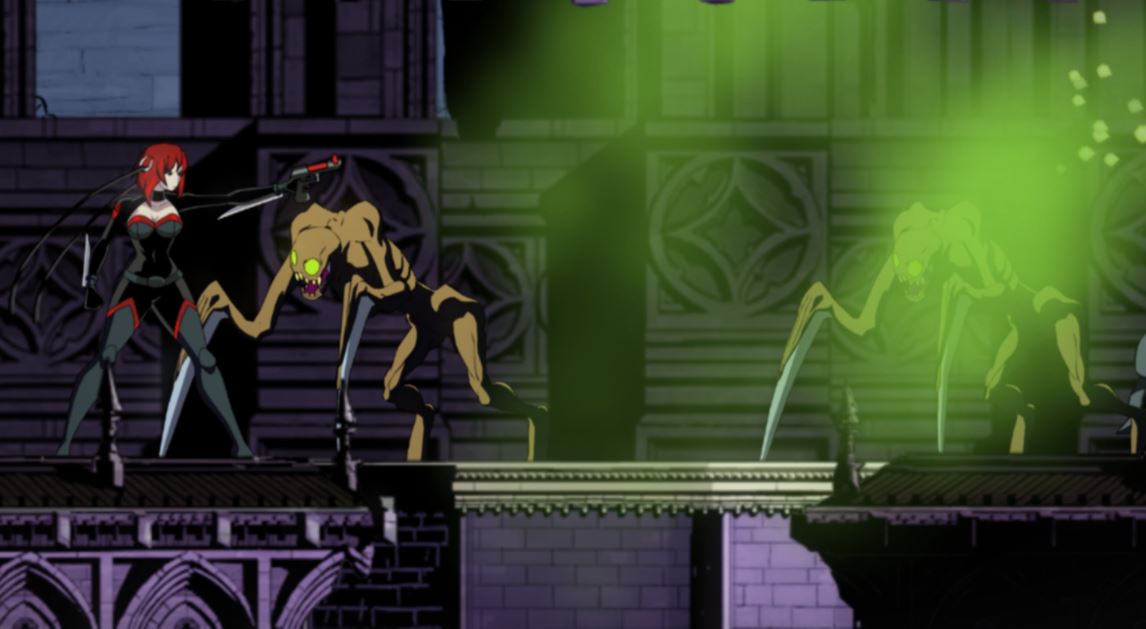 A thorough remastering of WayForward’s take on the Bloodrayne franchise, Bloodrayne Betrayal: Fresh Bites features all new voice acting from Laura Bailey and Troy Baker as Rayne and Kagan respectively, all the while boosting the resolution up to 4K (on supported systems) and providing a range of new difficulty options.

You can catch the synopsis for Bloodrayne Betrayal: Fresh Bites and the first trailer for the game below.

The Brimstone Society has summoned Rayne for one last mission to lead a group of soldiers into a giant underground castle to do battle against none other than her own father, Kagan. When the soldiers prove ineffective against Kagan’s supernatural menaces, it’s up to Rayne to run, jump, cut, and feed her way through gruesome foes, deadly traps, tricky platforming sections, and horrifying bosses. It’s Rayne’s last job—will she “clean house” or find herself six feet under?