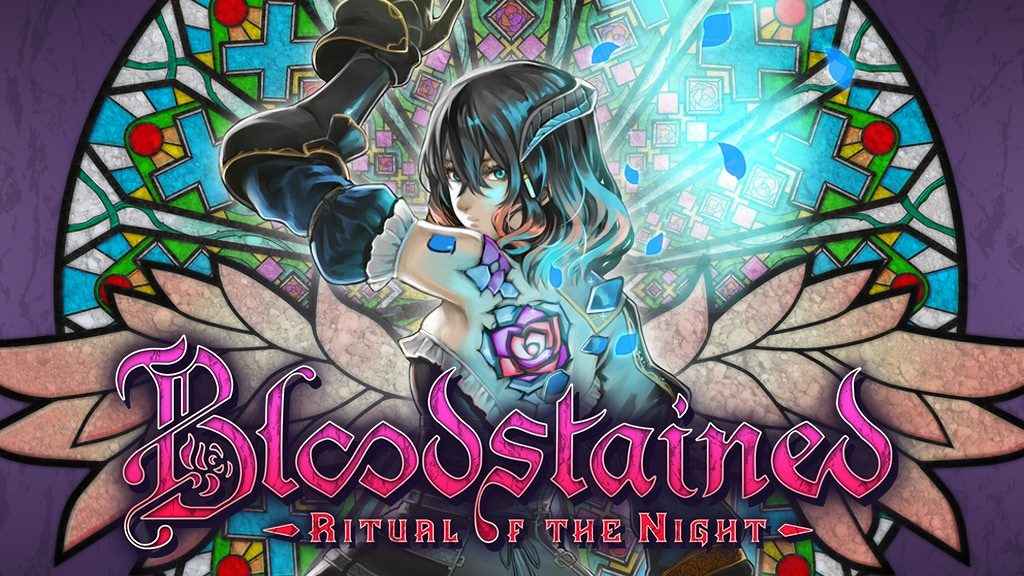 Okay, it’s maybe stating the bleeding obvious, but Bloodstained: Ritual of the Night feels just like a Castlevania game. That’s no real surprise as Koji Igarashi, who worked on some the most memorable titles in the Castlevania franchise, is the brains behind this side-scrolling platformer.

Since his departure from the company, he’s whipped up some funding through the help of Kickstarter for a spiritual successor to Castlevania and I got the chance to play through the recent backer Bloodstained: Ritual of the Night demo. I must say it’s coming along quite nicely. The demo itself is about an hour long and gave me a good sense of what to expect from the title when it launches sometime this year.

Bloodstained tells the story of Miriam an girl taken in by an Alchemist guild to stop a demonic evasion. The Alchemist guild experimented on her and infused demonic crystal into her body allowing her to use demonic powers.

She of course wasn’t the only forced into these experiments and the Alchemist experimentation proved useful as their subjects won the war for them. After their victory the subjects died but Miriam somehow fell into a ten year coma before the final assault.

Ten years later she awakens with the demon incursion starting anew and sets off with her companions to find out what has brought them back. Bloodstained features a lot more dialogue then I thought it would.

Fully voiced scenes accompany a majority of the game’s story and got me quite interested to see what’s truly going on and where the story is going to go.

Bloodstained is through and through a Castlevania game. From the moment I started playing the Bloodstained: Ritual of the Night demo right until the end it felt, looked, sounded, and played like a Castlevania. The side-scrolling fit the game perfectly and the animations and combat were just what I wanted from a spiritual success.

Miriam is simple to control, attacking and dodging attacks was pretty simple, but for the most part the demo wasn’t that difficult outside of the two major boss fights. I got through the entire demo by simply attack enemies faster then they could attack me.

What makes combat in Bloodstained interesting is the ability to change weapons. A vast amount of weapons are available in the demo from swords, axes, spears, and of course a classic whip. Each weapon forces you to change up your tactics. Some weapons are fast but hit for a lot less damage while others have a good range to attack from a distance.

Each weapon is fun to use but most will find their favorite and will stick to them. The problem I had was not being able to switch at least between two different weapons on the fly. Every time I wanted to change weapons I would have to open up the menu and switch weapons which broke up a lot of the encounters.

Bloodstained uses secondary abilities in the form of crystals. When killing enemies some of them will drop crystals, these crystals allow Miriam to shoot fireballs, summon a giant tentacles to wipe out the entire screen, or arrows. In a way these crystals work the same way as the knife, holy water, and axe from the Castlevania franchise.

The difference here is that you get to keep these crystals and switch them out as you please. You can even upgrade them to make them even stronger from the crafting mechanic.

Bloodstained: Ritual of the Night Crafting

Crafting looks to play a big role in Bloodstained. Defeated enemies drop materials that allow you to craft items, as well as new weapons and armor. It’s a simple crafting mechanic but it could end up being very useful for those looking to get ahead of the enemies they may be facing.

At its core Bloodstained has a lot of platforming. The environments have plenty of hidden locations and the metroidvania-style designs of the levels will have you coming back. I found plenty of locations that I couldn’t reach early in the demo which I can only hope will become reachable when I unlock more abilities like a double jumping.

The musical score in Bloodstained is grand. Michinu Yamane teams up with Igarashi once again to bring her fantastic talents to Bloodstained and it shows from the start of the demo to the end of it. Voice work is also pretty well done for the main cast but a lot of the NPC’s could use a little extra work.

Bloodstained: Ritual of the Night surprised me. With a long development cycle I was expecting the worst, but thankfully Bloodstained is looking to be the spiritual successor I need to scratch my Castlevania itch.