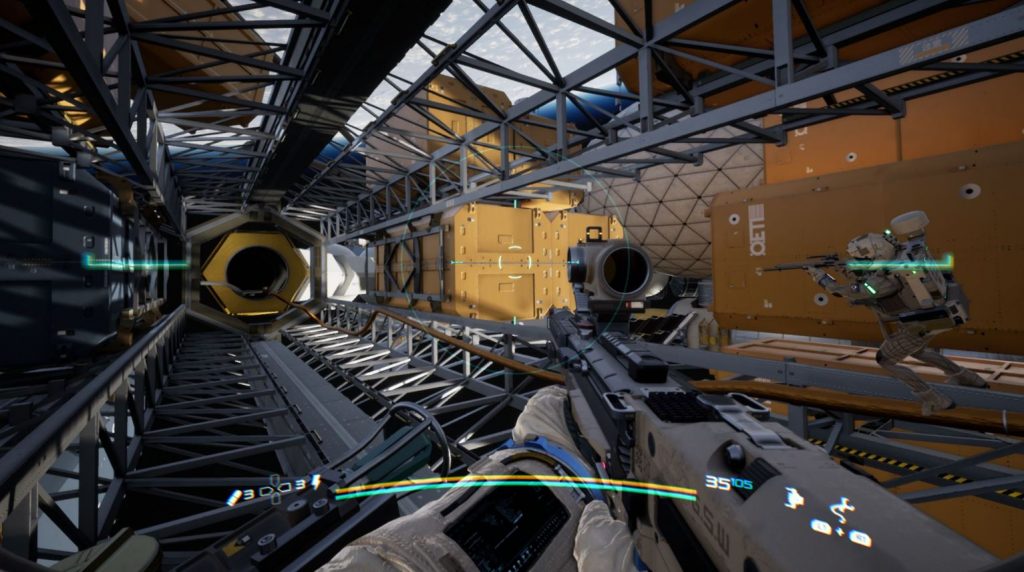 The Boundary Gamescom 2019 trailer has been released, offering a unique look at the Space FPS, with some classical music playing behind the heart-pounding action.

The developer behind the game, Surgical Scalpels, offered us a new look at their upcoming title with the Boundary Gamescom 2019 trailer, alongside adding a PC version of the game. The trailer offers a new look at several features of the game including marking objectives and pulling yourself towards an enemy to melee kill them.

Boundary is a 5v5 multiplayer shooter that takes place in a world where Governments, pirates, mercenaries and more plunder the universe to find valuable items and materials, hoping to sell them on the black market. The game features a variety of maps, modes, customisation options, and a deep and multi-levelled progression system.

You can watch the Gamescom 2019 trailer below:

Boundary is part of a PlayStation initiative called the China Hero Project which helps publish games out of China and bring them into a global market. Surgical Scalpels’ multiplayer FPS is set to be one of the first titles to release under this program and it is looking like a unique and interesting FPS.