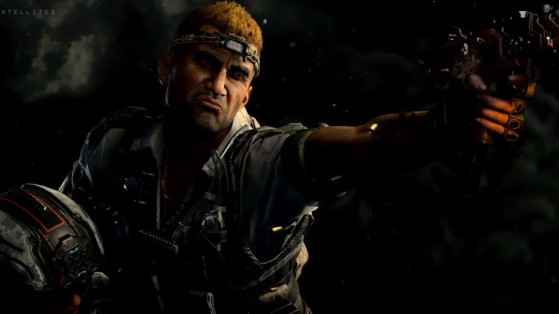 In order to prepare you for a new level of war, it pays to know all Call of Duty Black Ops 4 characters and their strengths. Let’s take a look at Crash!

Crash is the newest addition to the Black Ops 4 specialists list. Originally, there were only 8 CoD military specialists in Black Ops 3.

Crash is not as heavily equipped with guns and artillery like other Call of Duty Black Ops 4 characters. He does not seem to have a cybernetics upgrade as you can observe on his profile picture. However, Crash plays a very critical role in winning battle royale. Black Ops 4 specialist Crash carries a healing special ability and equipment to supply you ammo magazines.

Crash is a team player and a healer, so his role in winning is vital as he saves the lives of his teammates. And with his special equipment, you’ll never run out of ammo especially when you need it the most. Check out Crash’s special abilities and gear:

To see breakdowns of all the classes, check out our guide on the other abilities and names of Call of Duty Black Ops 4 Specialists.