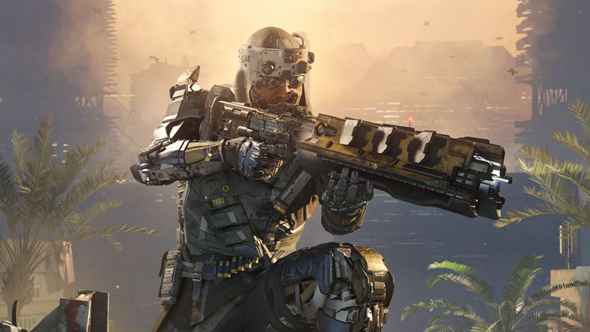 Call him the Messenger, the Trapper or the Prophet, this CoD Black Ops 4 specialist is a real techy. Discover how he uses cybernetics and his Tempest sniper rifle and Seeker Shock Mine to win battles. Grab our Prophet Call of Duty Black Ops 4 abilities guide now.

David Prophet Wilkes is the most cybernetically upgraded soldier among the Black Ops 4 characters. His interest in technology started at an early age. He signed up for DNI enhancement after his parents died. The Prophet began infusing cybernetics in his limbs, ears, eyes and other medical upgrades. He becomes less and less of a human, as he is now over 70% cybernetic.

Prophet is his own battlefield weapon. He retains the Tempest from Black Ops 3 as he returns to Black Ops 4 with new special ability, dropping the Glitch. He firmly believes cybernetics are the future, although Outrider and Nomad seem to hate his technology add-ons.

We can confidently say that Prophet is Call of Duty Black Ops 4’s terminator. But he takes the role of the Hunter in his team. He is a Hunter for he owns a special rifle ability he uses for hunting down enemies. He blends his special ability and weapon with his cybernetics, making him fearless in battles:

How to Use Prophet

To launch the Tempest, press R1 and begin hunting. And to use the Seeker Shock Mine, press R1 and L1 to fire high voltage electric arc.