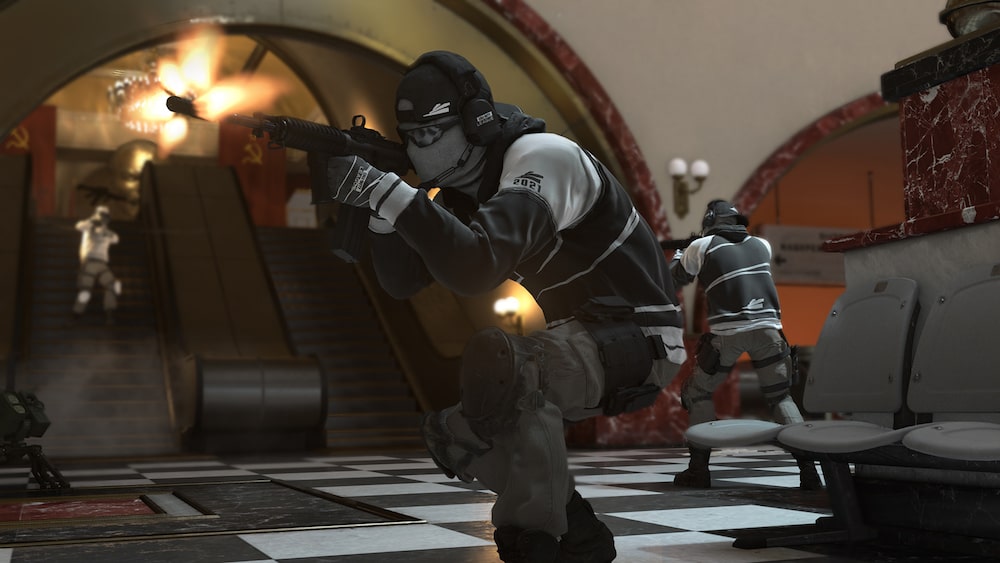 If you hop into Call of Duty Black Ops Cold War now, you’ll spot the League Play menu at the Mode Select screen nestled in between Multiplayer and Zombies. All you have to do to get started is set up your classes, and participate in five initial Placement Matches during your first League Play Event. Once that’s done, you will be placed into a Ladder and a Skill Division based on your performance.

League Play Events will occur twice a week, with Weekday Events running Monday-Friday, and Weekend Events running Friday-Monday. The goal of each League Play Event is to climb the Division Ladder and place as high as possible. The higher your Ladder position at the end of the event, the more progress you’ll make toward your next Rank promotion.

Building on the foundation of Call of Duty Black Ops 4, this latest League offering will add 30 new Ranks to achieve, including a return to the popular 4v4 format seen in Black Ops II. The developers are also promising more flexibility in gameplay rules, including available Scorestreak selection.

Call of Duty: Black Ops – Cold War was released for PS5, PS4, PC, Xbox Series X/S and Xbox One in November 2020, and you can read our review of the game here.