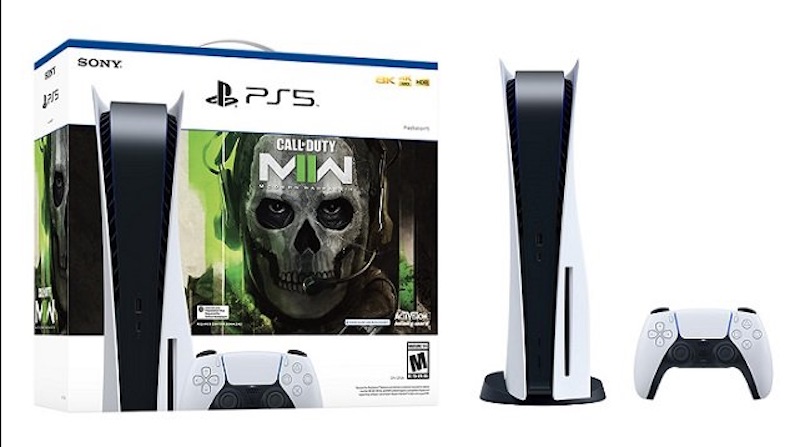 PlayStation Direct is flogging an exclusive Call Of Duty: Modern Warfare 2 PS5 bundle alongside the upcoming first-person shooter at launch.

The pack features a PS5 Standard Edition, which includes a 1TB hard drive and the pre-installed Astro’s Playroom, as well as a digital code to redeem Call Of Duty: Modern Warfare 2 – Cross-Gen Bundle. This means you’ll be able to get the PS4 & PS5 version of the shooter, as well as the Final Judgment Bndle, the Khaled Al-Asad Operator Bundle and the Oni Operator Pack.

As mentioned, this bundle is exclusive to PlayStation Direct and will set you back $559.99. You can pre-order it from the store now, and it will be released on October 28, 2022.

Call Of Duty: Modern Warfare 2 is due for release on PS5, PS4, PC, Xbox Series X/S and Xbox One. The game’s recent beta has been plagued by cheaters as it entered its second weekend, with console players being forced to turn off Cross-Play to help weed out unscrupulous players.