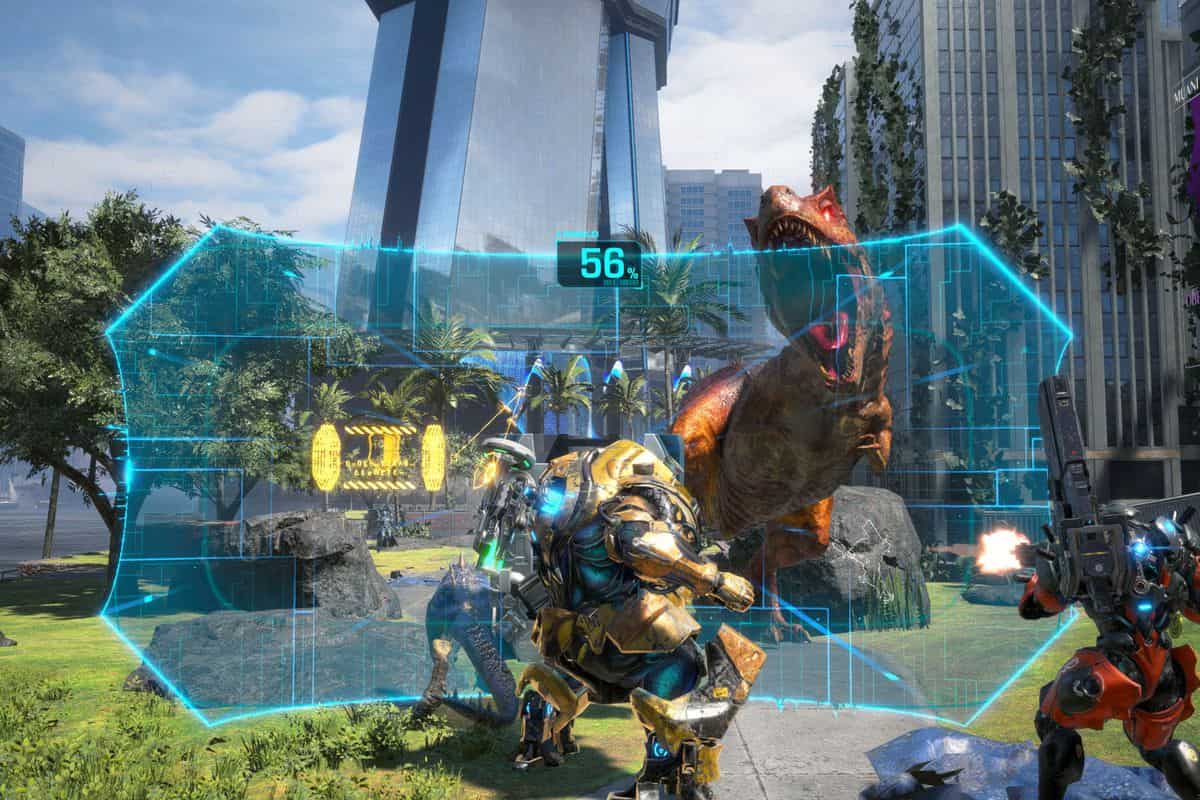 Capcom has released a fresh look at its upcoming dinosaur action title Exoprimal, with 15 minutes of gameplay now available for you to feast your eyes on.

Exoprimal is scheduled for release on PS5, PS4, PC, Xbox Series X/S, and Xbox One in 2023. Sadly, the game isn’t the Dino Crisis revival many of us were hoping for (it gave that impression very briefly during its reveal), and isn’t even related to the franchise.

Exoprimal takes place in the year 2040, where dinosaurs have suddenly started appearing at random across the globe, engulfing humanity in a new (dino) crisis. In response, Aibius Corporation has developed an advanced AI named Leviathan that predicts where the next outbreak will occur.

This allows humanity to strike back by dispatching high-powered exosuits piloted by exofighters to battle against the invading dinosaurs. These brave souls are in high demand, and you’ll be joining the ranks of the heroic pilots to help bring humanity back from the brink of extinction.