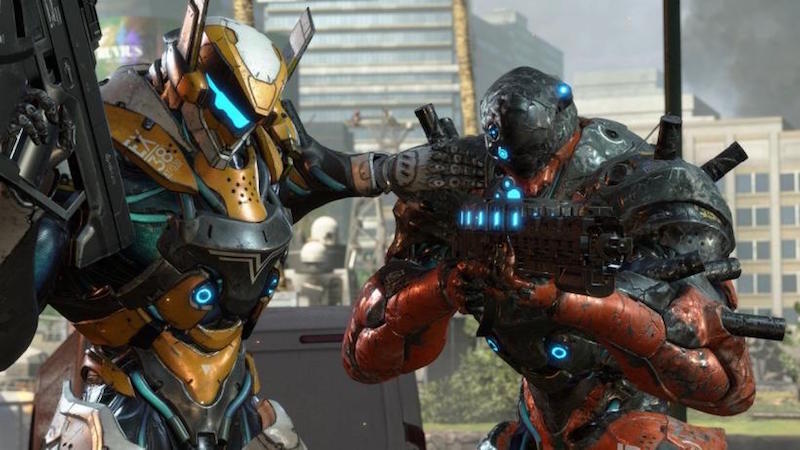 Exoprimal isn’t the Dino Crisis revival we were hoping for, and in fact, the game’s director has revealed that it has nothing do with the classic survival horror franchise.

Speaking with IGN, Takuro Hiraoka was quizzed if Exoprimal had any connections to Capcom‘s much-loved dinosaur-blasting franchise, which been on the verge of extinction for over 15 years now. The short answer? No.

No, the game is its own unique thing and has no relationship to Dino Crisis.

Our initial concept was that we wanted to challenge ourselves to create a feeling of satisfying action that was different to past Capcom titles. Instead of a game like Monster Hunter, where you face a single, powerful enemy, we though that the experience of taking on and overcoming a huge horde of enemies had the appeal and potential to be the basis of a new IP.

We also thought that it would feel great to share that experience with others online, and so the basic concept of Exoprimal was born.

Elsewhere, Exoprimal producer Ichiro Kiyokawa mode to clear up any speculation about the game being free-to-play.

Exoprimal is not free-to-play; it’s a full-priced release which will be available both on disc and digitally.