Koji Igarashi, the venerated director of Castlevania: Symphony of the Night and longtime series producer, has revealed his new game in a Kickstarter campaign that will help fund the title.

That game is Bloodstained: Ritual of the Night. From its colorful, gothic palette to its characters and design sensibilities, it looks to be every bit the game that Symphony fans have ached for in the many years since its PS1 release. Bloodstained stars Miriam, a girl afflicted by the Alchemists’ curse, which is gradually crystallizing her skin. She must explore a hellish castle of demons summoned by Gebel, a former friend and alchemist who destroyed the guild that once fostered them.

In recent years, many games have taken up the “Igavania” mantle and, in some ways, succeeded. Guacamelee, Strider, Axiom Verge, Shadow Complex, and even Dark Souls have all paid homage to the open-ended exploration, tight mechanics, action-RPG depth, and environment-opening upgrades that Symphony of the Night helped pioneer. Bloodstained is aiming to deliver all that in spades, as Igarashi’s return to the genre foray. 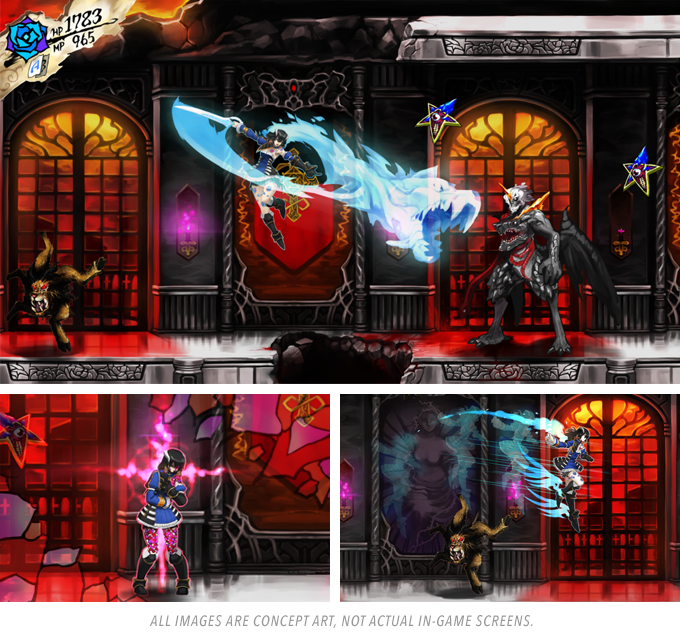 The game itself looks to build on conventions of the genre like character upgrades, loot, and a great deal of environmental exploration. A warp system will minimize tedious backtracking. Crafting will come forth as a new feature; Miriam’s alchemy knowledge will allow combination of items to forge weapons and abilities.

The talent is certainly there. Igarashi is serving as project lead, and Inti Creates–the team behind Mega Man 9 and Mighty No. 9–is handling development duties. Longtime Castlevania composer Michiru Yamane and Mega Man veteran Ippo Yamada are sound producers.

On the Kickstarter side, Fangamer is handling backer rewards and merchandising. The organization brings great experience, including working Tim Schafer and Double Fine on Broken Age, to the table. Indeed, this is already shaping up to be a particularly sophisticated Kickstarter campaign, which backer achievements (and associated unlocks) in place across a variety of mediums and social networks. 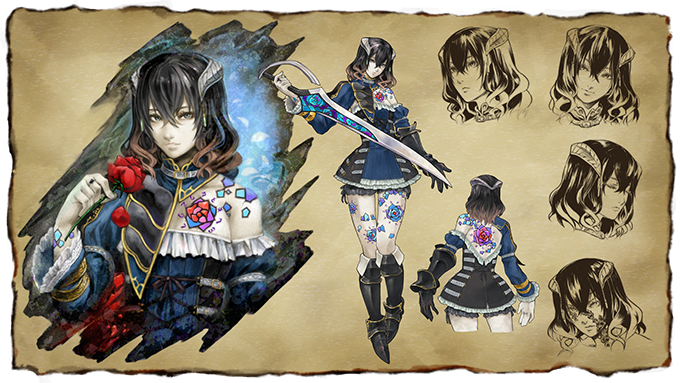 Bloodstained will be released on PlayStation 4 with digital and physical versions. A Kickstarter-exclusive physical edition will include extra game content.

Bloodstained: Ritual of the Night