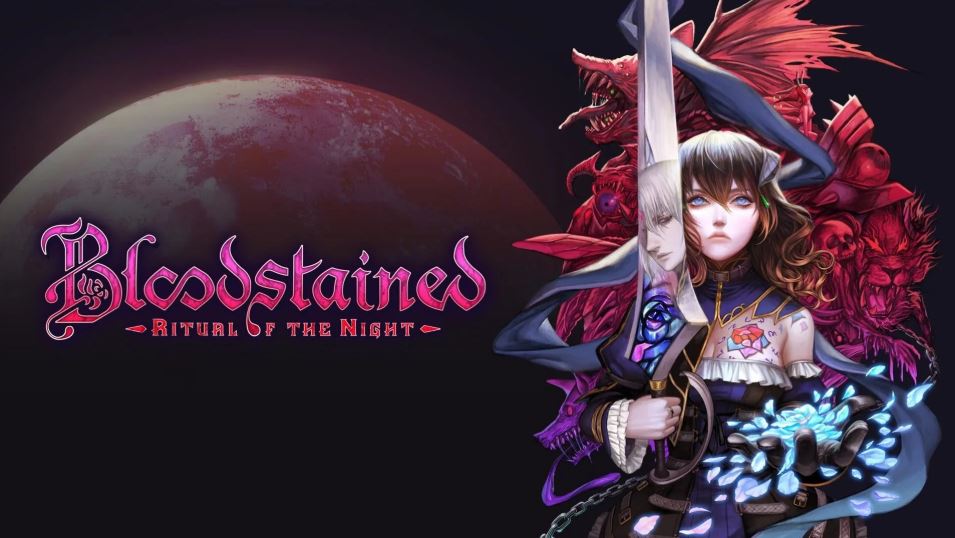 In a way we shouldn’t be surprised that Koji ‘IGA’ Igarashi, one of the most instrumental and guiding forces in the Castlevania franchise, would look at the sublime likes of Hollow Knight and Shovel Knight as usurpers to the genre throne his works once sat upon. Seemingly disaffected by Konami’s dual passion for either sitting on their licenses (*cough* Metal Gear Solid), or turning them into a pachinko machines, it makes sense that an attempt to retake pole position in the Metroidvania genre is done so on his own terms.

Funded on Kickstarter by nearly 65,000 fans to the tune of just over $5.5 million, it would seem that Igarashi-san’s decision to go it alone was well-founded and equally, now that we have the final product in our sweaty paws, it’s clear that in Bloodstained: Ritual of the Night, the result is nothing less than a labor of love, too.

A spiritual successor to Castlevania: Symphony of the Night – widely regarded as the pinnacle of the series to date, Bloodstained: Ritual of the Night casts players as Miriam, an orphan who is taken in by a conclave of Alchemists only to suffer a range of obscene experiments which cause her to absorb a variety of demonic crystals into her body.

A whole decade later, Miriam awakes from a crystal-induced coma to not only find that a castle has seemingly emerged from the depths of hell, spilling forth demons that wreak havoc and death, but also that Gebel, the only other person to have survived the crystal experiments might be behind it all. The problem is, the more of these crystals she subsumes into her body, the more corrupted she becomes – her humanity slipping away sliver by sliver in the process.

Though Bloodstained is, unabashedly, a spiritual successor to the Castlevania series generously shaped by modern production techniques, it is not merely a prettier facsimile of what came before.

Immediately, the story and themes feel separated from the Bram Stoker inflected gothica of the Castlevania games, not least because the inclusion of Alchemy as a subject matter brings a whole host of other themes into view. From surface themes such as body horror and transformation, through to deeper subject matter inclusive of topics like dehumanisation and accumulative corruption, there is much more going on here from a thematic and narrative perspective than any Castlevania game released previously.

Visually too, Bloodstained feels like a noted departure from the conventions of yesteryear. Rather than embracing the static, 2D perspective and detailed spritework of previous games (an aesthetic that even contemporary takes on the genre, such as Shovel Knight appear to emulate), Bloodstained instead embraces a 2.5D approach where both the environment and the character models are fully rendered in three dimensions but fixed to a two-dimensional plane.

It’s to the credit of Igarashi-san’s team that functionally, Bloodstained not only feels every bit as responsive and satisfying as the best entries in the Castlevania franchise, but that the shift to 2.5D also allows the game to enjoy a wealth of visual upgrades too, with beautifully scaled environments, gargantuan bosses and opulent visual effects that all pop off the screen with aplomb. Tarnishing things slightly though, are the framerate drops which occur when the action shifts to wider scope outdoor environments, though thankfully these drops are few and far between.

Bloodstained: Ritual of the Night really does feel like Castlevania re-imagined for a whole new generation, and this is largely because just about every facet of its design is, in some way, lovingly influenced by one or more titles from the series.

Starting with the base template, once players venture past Bloodstained’s opening shipbound dungeon and into the village and castle that lay beyond, it’s clear that Igarashi-san’s latest has no qualms about returning to the sprawling castle archetype, generously stuffed with secrets, monsters to kill and areas to explore, that many fans will recognise from Castlevania: Symphony of the Night. Bloodstained’s castle is a joy to explore and, in regards to the aforementioned secrets (of which there are many), it certainly rewards longtime players who intend to put the time in to uncover its most fiendishly hidden treasures.

Cribbing further from Symphony of the Night, Bloodstained embraces the array of RPG mechanics that arguably sat at the heart of the series seminal 1997 offering, which is to say that experience is doled out for each kill you make, allowing you to effectively grind your way to success should you come across a seemingly insurmountable enemy.

Though the grind itself might be viewed as bothersome, especially by those who through exposure to roguelike game design in other titles such as Dead Cells feel that such progression mechanics are outdated, it simply works in Bloodstained and deftly honors the source material for which it so lovingly succeeds in emulating.

As precious as the numerous treasures strewn throughout its duration, the veritable murderers row of enemies that you’ll tangle with are all a joy to face and also serve to make that monster grind much more bearable than might otherwise have been. From hopping poisonous toads, flame breathing dogs and towering knights to swooping eagle monsters and poltergeist possessed paintings (imbued with the likenesses of Kickstarter backers, no less), each new foe seemingly demands a new strategy or approach in order to be vanquished – a fact only serves to enrich Bloodstained’s already lofty caliber yet further.

Equally instrumental to Bloodstained is the shard system which permeates every aspect of its design. Neatly supplementing the monster grind progression system, each monster killed can yield a crystal which falls under one of five different categories, Active, Passive, Channeled, Direction and Alternate, allowing Miriam to cast elemental attacks, create elemental defences, summon guardians, manipulate the environment and much more besides.

If the shard system seems familiar it’s because its roots lay in earlier series entries such as Castlevania: Dawn of Sorrow and Aria of Sorrow, on the Nintendo DS and Game Boy Advance, respectively. Nonetheless, though this mechanic has been done before, it still feels duly fresh in a contemporary offering where other genre efforts have seemingly forgotten to tread.

Bloodstained Is A Kaleidoscope Of New And Old Design Elements

Like its heroine, Bloodstained doesn’t just rely on the past to see itself to triumph, but also augments itself with more recent genre developments as well. A crafting system allows Miriam to fashion stat boosting meals made from ingredients around the game world, while, in addition, other materials can be repurposed to create all manner of new weapons, armor and trinkets too.

Side quests meanwhile provide ample distraction from the main storyline, providing the opportunity to gain additional materials and wealth, but crucially it’s that Metroidvania essence which prompts you to visit previous areas that were inaccessible which still provides the greatest thrill, and as a new entry to that genre, all wrapped up in a modern veneer and with a suitably bewitching soundtrack to match, Bloodstained: Ritual of the Night duly soars.

Bloodstained: Ritual of the Night is out now on PS4.

A sprawling and beautifully executed monument to the Castlevania titles of old, Bloodstained: Ritual of the Night feels like a promise delivered for fans of not just the series, but intricately structured action adventures too. The king has returned.

Bloodstained: Ritual of the Night