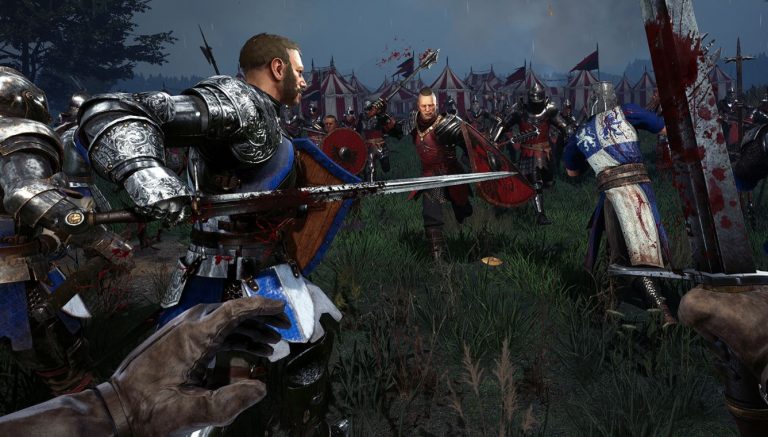 The Chivalry 2 Cross-Play Open Beta is now live for PS5, PS4, PC, Xbox Series X/S and Xbox One, Torn Banner Studios and Tripwire Interactive have announced. The Open Beta is free to all players and will wrap up on June 1, 2021.

Players will be able to pre-download the Chivalry 2 Open Beta on May 26 for all platforms, so you’ll be able to jump straight into the action once it’s live.

The game previously hosted a Closed Beta for player stop get a taste of the medieval mayhem, and the forthcoming Open Beta will offer up new maps, features and updates based on feedback from the previous beta.

The Chivalry 2 Open Beta will allows PC and console players to face off against each other, and offers up a host of new maps including The Slaughter of Cowell, The Battle of Darkforest, The Siege of Rundhelm, The Battle of Wardenglade, and Tournament Grounds among many others.

Those of you who are playing on PlayStation platforms will be able to access the Open Beta without needing a PlayStation Plus subscription.

Chivalry 2 is scheduled for release on PS5, PS4, PC, Xbox Series X/S and Xbox One on June 8, 2021. You can read our hands-on impressions of the game here.