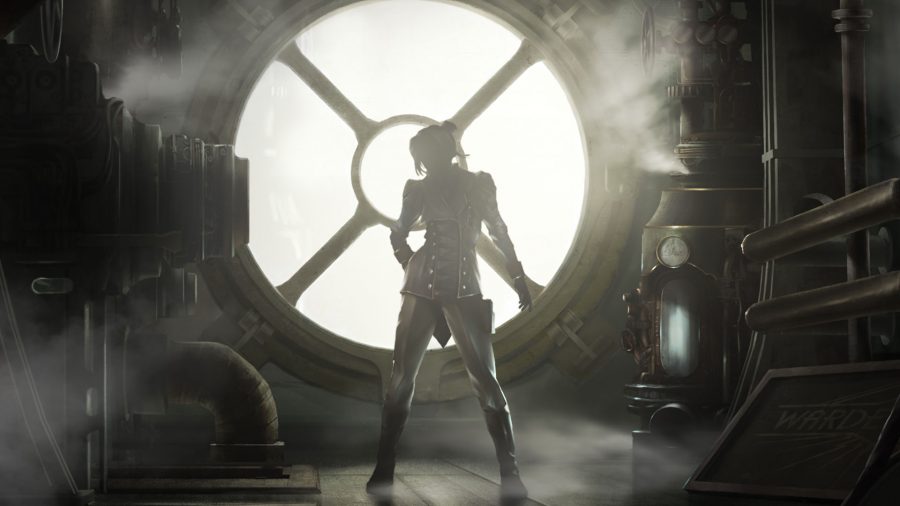 At this point, the horror trope of trudging wearily through an abandoned house, boat or house on a boat, cannot help but feel a little too tried and tested. So it is then that Close to the Sun arrives from Italian developer Storm in a Teacup like a breath of fresh air, marrying a mesmerizing European art-deco aesthetic with an engrossing, alternate history sci-fi horror romp that looks set to build to a terrifying, hair-raising crescendo.

Editors Note: This preview only covers the first three chapters of the game – our full review will give a comprehensive critique of the full duration

Close to the Sun Looks Set To Unfurl A Taut, Opulent Horror

Set in an alternate 19th century, Nikola Tesla has created the Helios – a massive research vessel that stands as a gathering place for the world’s brightest and greatest minds to push the envelope of science away from the prying eyes of those bound by morals and ethics. Naturally, a setting with such high stakes and drizzled in such staggering hubris leads to catastrophe and it’s here that Close to the Sun kicks things off in earnest.

Cast as investigative journalist Rose Archer, players find themselves invited onto the Helios in search of her sister Ada, one of the lead researchers in a mysterious project that looks set to provide unlimited energy but instead provides, well, unlimited death. Or something like that. If, when coupled with the opulent screenshots adorning this page, you come to conclusion that Close to the Sun is basically a narrative mix of Bioshock and silver screen sci-fi horror classic Event Horizon, you wouldn’t be far wrong.

From the splendor of its grand halls, decked out with all manner of scientific accomplishments, to the blood and entrail stained recreation rooms from grisly tragedies that have taken place in the not so distant past, Close to the Sun evokes a fearsome and often stifling atmosphere that makes the whole affair quite enrapturing to say the least.

In gameplay terms, Close to the Sun plays somewhat akin to Bloober Team’s atmospheric horror franchise Layers of Fear, whereupon the player must wander the game world in a first-person perspective, exploring the environment, picking up clues, collecting lore building texts and, this being a combat-free affair, running away from deadly hostiles.

Indeed, quite like the Layers of Fear games, there is something of a reliance on jump scares, though they are arguably less of a crutch here than they are in Bloober Team’s output, as instead Close to the Sun relies on a much more delicately slow build to its horror, and it’s not really until the end of the third chapter that things really get going in this respect.

There are puzzles that must be dealt with too, and if you’re thinking that these conundrums would be of the simplistic, breezy kind, allow my 30 minutes of almost head-butting my pad into pieces over one particular head-scratcher to dissuade you of that notion. Put simply, Close to the Sun exercises your grey matter as much as it does the flexibility of the hairs on your neck.

There is no denying that Close to the Sun is a stunning looking yarn. Leveraging the substantial creative potential of Unreal Engine 4, Close to the Sun is an exercise in opulent splendor, with extremely high detail environments that encompass a range of reflective surfaces, Italian art deco sensibilities and a massive range of Bioshock style trappings too. Almost every room is pure Share Button bait, and in this, Close to the Sun makes for fine screenshot fodder indeed.

If you’re not casting an investigative eye and discovering objects on the Helios, then you’ll be stepping, somewhat gingerly, around its ornate halls to avoid the grisly death that has seemingly greeted the majority of its high-achieving inhabitants. If the substantial promise Close to the Sun’s first three chapters can be extended across its duration, then fans of gorgeously framed sci-fi horror will find much to love here.

Close to the Sun releases for PS4 and Xbox One on October 29, 2019. Look for our full review then.