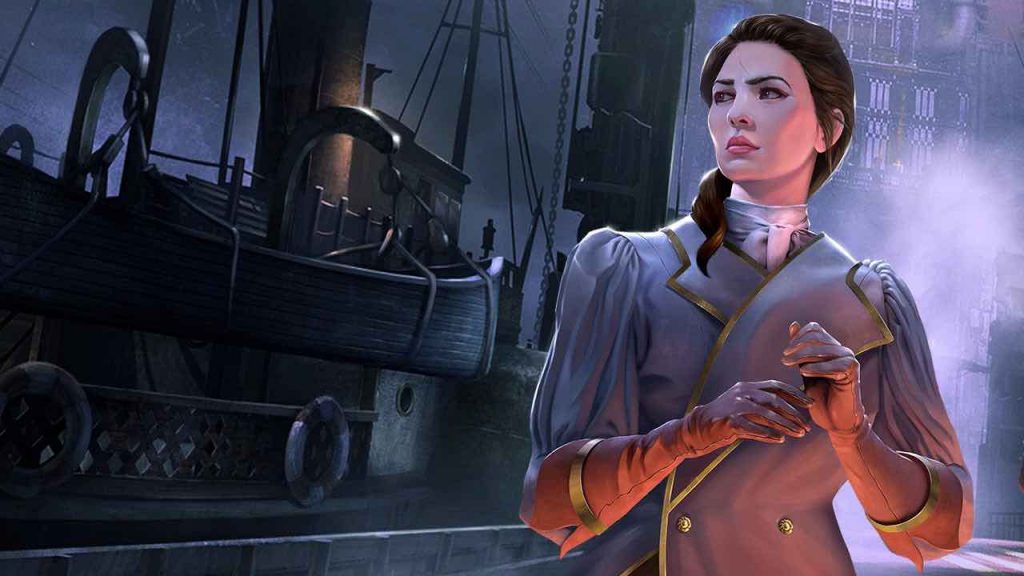 The very notion of a horror adventure that generously cribs inspiration from BioShock and Greek mythological analogues is one that is undeniably appealing. Certainly too, if you were to cast an eye across Close to the Sun in screenshots, or even view any one of its carefully curated trailers, you’ll bear witness to a horror effort that boasts gorgeous visuals and atmosphere so thick you could slice it with a knife.

The problem is, and this is something that the my previous three chapter preview could not have accounted for, is that the final two thirds of the game devolve into a fairly dull and poorly engineered chase-fest that utterly fails to leverage any of Close to the Sun’s strengths.

Close to the Sun PS4 Review

Set in an alternate history late 1800s, Close to the Sun puts players in control of Rose, older sister to her sibling Ada who works on board as lead scientist the Helios, a massive scientific research vessel developed by Nikola Tesla for the sole purpose of harnessing energy on a scale never before seen. Naturally, as you might expect, everything goes wrong and the attempt to harness energy without restraint causes time to fall back on itself and before you know it, we’re all knee deep in Event Horizon-ville, oh and you can chuck some Prometheus in there too if you like (the Greek deity and not the subpar Ridley Scott movie from 2012).

First the good stuff – Close to the Sun absolutely looks the part. Running off of Unreal Engine 4, the developers at Storm in a Teacup have done a fantastic job in fashioning a setting where art deco sensibilities and heady science combine in an eye-opening way. With towering gold statues of lofty Greek deities, soaring marble columns, scientific museums and other such retrofuturistic architectural finery, it’s easy to see why Close to the Sun effects such comparisons to Ken Levine’s dystopian opus.

It’s there that the similarities pretty much end though, because while BioShock is very much an action RPG that places something of a furious premium on player agency, Close to the Sun is instead a much more linear and leisurely horror adventure, split into the chapters, and one that bears far closer kinship to the likes of Bloober Team’s Layer of Fear series than anything else. Indeed, though sometimes the environment might give the impression of openness, it’s usually that staircases and other such points of access are blocked by debris and destroyed furniture.

As such, Close to the Sun has you exploring the environment, looking for clues that can help you progress through the Helios complex in an attempt to reach Ada and discover the cause behind the accident. Much like Layers of Fear, a lot of the clues you’ll find around the environment are flavor text, encompassing notes, journals and newspapers that all help to a paint a picture of what happened not just on the Helios, but out in the world at large.

In addition to collectibles that pop up around the place and effectively double up as trophy bait in the process, Close to the Sun also employs the odd puzzle from time to time, though for the most part they are mostly banal, eye-rolling affairs (I hope you like matching symbols) that do little to acquit themselves as interesting or compelling in any sort of way. And it’s here that the qualitative slide begins.

Close to the Sun Utterly Comes Unstuck In Its Later Chapters

Close to the Sun is at its best when it’s dealing in slow, building horror and scares – the halls of the Helios proving an ample canvas for such genre beats to manifest themselves. However, because there is no combat, far too often Close to the Sun devolves into chase sequences for which it is quite obviously not functionally prepared for. For a start, Rose can barely move. She has a slow walk and a ‘sprint’ which feels like a spirited plod, and a jump command that doesn’t seemingly enable her to make it past the smallest obstructions, forcing you to find another way around. In short, she feels distressingly incapable of any kind of satisfying traversal.

The actual jump (well, really more of a hop) command, serves no real purpose, since all the actual real jumping and athletic stuff you’ll do is governed by a context sensitive generic button press anyway, which can sometimes seem a touch unresponsive and doesn’t always work when you need it to – such as when you’re being chased by some sort of murderous foe, for example. And this feeds into the one aspect of Close to the Sun’s design that really does let the rest of the package down – the chase sequences, which are just terribly executed affairs.

Again, much of this is owed to the fact that Rose just feels utterly incapable of the sort of the physicality you might expect from anyone in a chase scenario – she runs extremely slowly, and getting stuck on the environment happens much too often. For example, there is one such sequence which takes place at the end of Chapter 7, having the player attempt to escape from a foe whilst injured – and when you attempt to run while injured, the game just sort of jerks you forward and inexplicably paralyses you for a split second and borders on being unplayable.

In another instance, Rose finds herself in an attempt to outrun a massive electrical shockwave in an industrial complex, as she must quickly climb ladders and rely on the unreliable context sensitive actions to see her safely (which of course it sometimes fails to do). None of this is scary, there’s no fear involved here – it’s just hugely infuriating and made me want to volley my controller into the my TV’s face. The Layers of Fear games were never this bad by comparison, which is ironic because crappy chase sequences were the worst parts of those games too.

It’s such a shame that these sequences feature so prominently and spoil the game so completely because the plot, setting and characters are all very compelling; anchored by a grand sense of place and accomplished performances from Close to the Sun’s voice cast. There’s a great horror game that can be fashioned in this opulent, imaginative setting, and despite such promising early impressions, Close to the Sun just isn’t it.

Developed by Storm in a Teacup and published by Wired Productions, Close to the Sun is out now on PS4, Xbox One, Nintendo Switch and PC.