In a case that can only be described as Crash meets Christopher Nolan’s Inception, the upcoming Crash Bandicoot N. Sane Trilogy contains an Easter egg that pays genius homage to another one of original developer Naughty Dog’s later games, Uncharted.

In the introduction cutscene for Crash’s second adventure, ‘Cortex Strikes Back’, we can see both Crash and Coco on the beach, with the latter tapping away on her laptop. If you look closely, however, she’s actually watching the scene from Uncharted 4 where Nathan and Elena are playing the original Crash Bandicoot on PlayStation. So, she’s in a game, watching a game being played by other characters in a separate game – and they’re all past Naughty Dog joints. 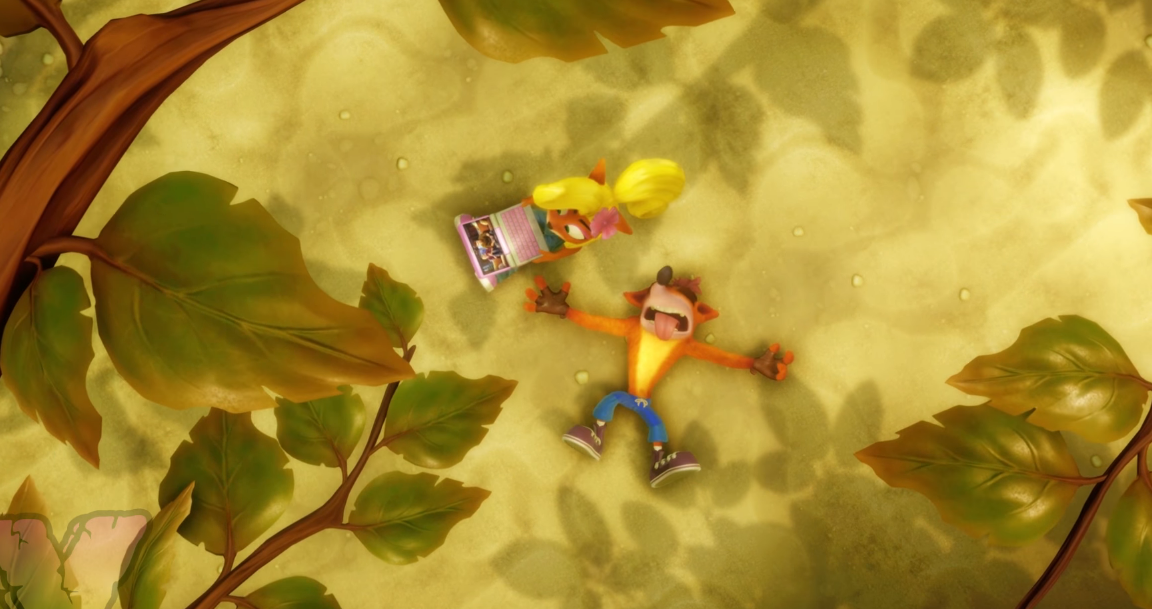 Cool, right? We’re sure there’s plenty of more of that contained in the trilogy as even in the same scene Coco’s got a Naughty Dog logo on her laptop and there’s also a framed picture of Nathan Drake, too.

In similar news, it was revealed yesterday that Crash’s partner in crime, Coco Bandicoot, is playable throughout all three games rather than just momentarily in Crash Bandicoot 3: Warped, and that time trials will now feature across all three titles.

And if that hasn’t enough, in an interview with GameSpot last week, the trilogy’s Creative Director Dan Tanguay refused to rule out an all-new Crash Bandicoot adventure by saying:

‘’Would we love to see another Crash game? A new one? Absolutely, but we’ll have to wait and see how this one sells and what the people above me decide.”

Crash Bandicoot N. Sane Trilogy releases on June 30 so be sure to check back to PSU closer to that time for the definitive review on the much-anticipated title.