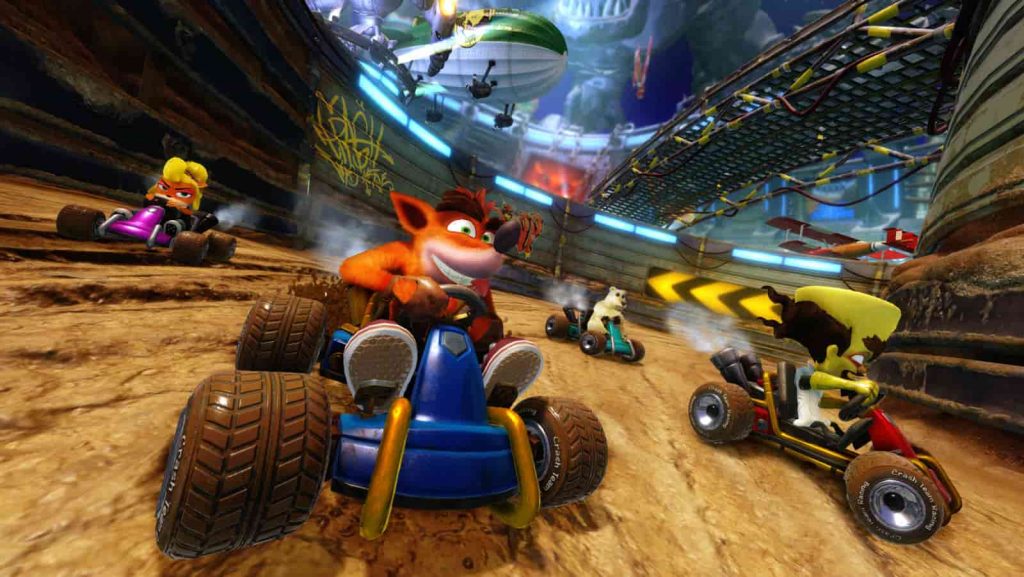 Beenox has announced today that Crash Team Racing: Nitro Fueled will be getting exclusive content on the PS4. Thomas Wilson, co-studio head at Beenox has dropped some of the details over on the PlayStation blog.

Nostalgia helps us re-live some of the happiest moments of our lives. Playing Crash Team Racing in 1999 was that perfect place filled with happy thoughts for me. So when we started discussing the idea of developing bonus items for PlayStation players of Crash Team Racing Nitro-Fueled, the nostalgia factor immediately kicked in. A few ideas were shared, but none stuck as much as the idea of re-creating retro items for the game.

Here is the trailer from PlayStation recent State of Play presentation.

Available to PlayStation players will be retro skins, karts and even a classic retro track. The team at Beenox have gone all in on remastering all the graphics and ironing out all the jagged edges for this remake. They have stated on the blog though that they have downgraded the visuals for their retro skins and tried to recreate what the visuals would have looked like in the ’90s.

They have removed all the fur shaders and the 1024×1024 textures from the classic skins. Instead, they have purposely replaced by a faceted visual treatment with no smoothing groups. The textures have also been dropped down to 64×64 and some even going as low as 32×32. Proper old school visuals.

The character models have been painstakingly recreated from the character select screen of the original game. They provided a better start point for the remaster than the racing models, providing more expression and personality to work with.

The characters, world and animations have been dragged roaring into the current era with an all-new level of visual fidelity and quality. The game has a fresh coat of paint and quite frankly, looks amazing. However, the team have tried to make sure the old school gameplay remains. Nostalgic fans need not worry as the team has spent a great deal of time making sure the gameplay is polished to perfection and plays just how the fans expect it to. Fast, fluid and fun.

You can catch up with the rest of our State of Play coverage here.

Did you play the original kart racer? Will you be picking up the remaster or will you be leaving it in the pits?

Drift into the comments below.