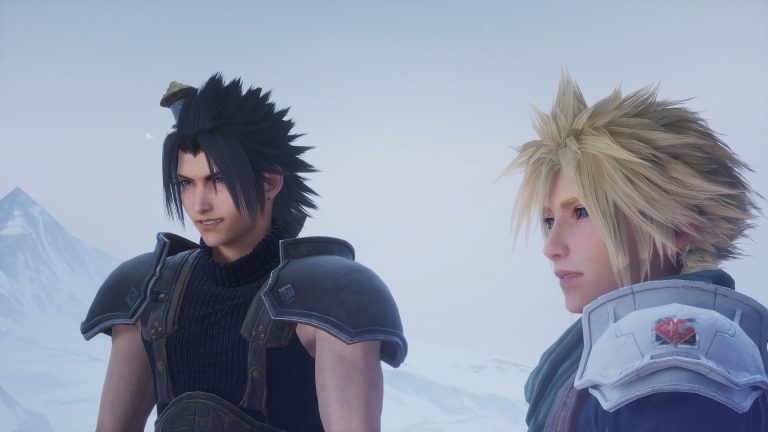 The Crisis Core: Final Fantasy VII Reunion Trophy list has been announced ahead of the game’s much-anticipated launch next month.

According to the folks at PowerPyx, there’s 51 Trophies in total included in the game, which should keep you busy, although their values are currently unknown. Regardless, you can see the complete list of Crisis Core Final Fantasy VII Reunion Trophies below.

My Living Legacy
Unlocked all trophies.

Embrace Your Dreams
Cleared the Prologue.

He Wouldn’t Betray Us
Cleared Chapter 1.

Where Did Every Go?
Cleared Chapter 4.

I May Abandoned Shinra
Cleared Chapter 7.

We’ll All Be Heroes
Cleared Chapter 9.

Thanks to You, Zack
Cleared Chapter 10.

SOLDIER of Legend
Cleared the game in Hard Mode.

Missions Completed: 25%
Completed 25% of all missions.

Missions Completed: 50%
Completed 50% of all missions.

Missions Completed: 75%
Completed 75% of all missions.

Mission Completionist
Completed 100% of all missions.

First-Rate SOLDIER
Defeated all virtual data in the Training Room.

Mail Completionist
Received all mail from all senders.

Everyone’s Hero
Saved everyone calling for help during the assault on the Shinra Building in Chapter 3.

Cell Raider
Checked all cells on the 67th floor of the Shinra Building.

Banora Treasures
Collected all items and arrived at Angeal’s house before the Banora airstrike.

Bingo!
Guessed the exact number in the number-guessing game.

Cage Opener
Opened the path to the Cage of Binding.

Hero of the Wutai War?
Received highest evaluation from Lazard for Assault on Fort Tamblin.

Immovable Object
Defeated all enemies in Defense of the Junon Perimeter.

Master Infiltrator
Infiltrated the mako excavation facility without being discovered once.

Master Mako Stone Miner
Prevented the Materia Room from being shut down.

Of Significant Worth
Judged by Hojo to be a “SOLDIER member of significant worth” in the Fusion Chamber.

Good Match for Aerith
Told by Bruno that you and Aerith “make a good couple.”

Wutai’s Nemesis
Caught all the Wutai spies that had infiltrated Midgar.

Zack the Sniper
Did not allow a single gun bull head to escape while sniping.

Waterfall Chaser
Collected ten chests coming down the waterfall in the hills of Congaga.

Godlike
Rated to have “godlike speed” in collecting materia.

Master Blender
Blended a perfume with the perfect amount of oil.

Overpowered
Dealt 99,999 damage to an enemy.

Come and Get It
Won a battle for the first time.

Got Materia Fusion Down
Performed materia fusion for the first time.

Prove Your Honor to Me
Performed a limit break for the first time.