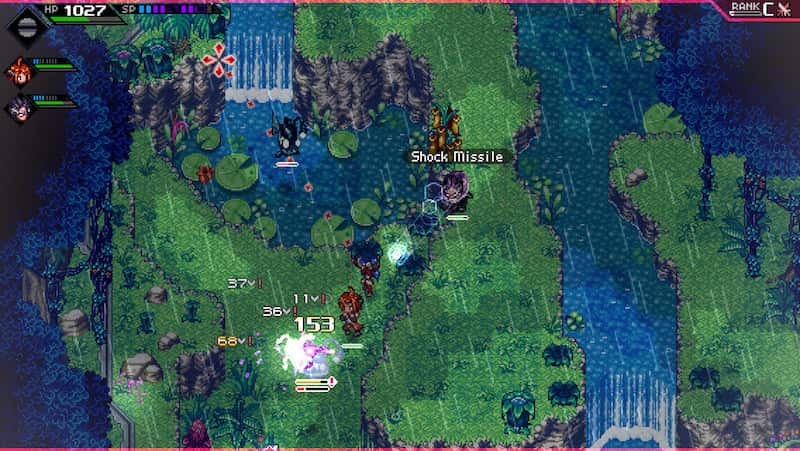 Stunning indie retro action RPG CrossCode is coming to PlayStation 4. Even better still, publisher Deck13 has said that not only will it will announce the CrossCode PS4 release date next week on Tuesday, June 9, but that once the console release date has been announced, the wait for the game “will even sooner be over”.

Previously only available for PC and Mac, the official Steam listing for CrossCode describes it thusly:

The full blurb that Deck13 wrote regarding the forthcoming CrossCode console release date announcement can also be glimpsed below too:

“Deck13 writing here today. We’re the publisher of CrossCode. We’re also handling the port to other platforms at the very moment. And all of us, here at Deck13, over at RFG, over at Nintendo, Sony and Microsoft hear your questions. Which is basically always the same: When? When will CrossCode finally be coming to consoles?

The answer is: Sooner than you might think. We are ready to announce an official date very soon. Maybe next week? We wanted to let you know that we will be revealing the official release date for the console version of CrossCode next Tuesday. And we always said that once we announce the release date, the wait will even sooner be over. This means: You won’t have to wait much longer. But we can’t go into details just yet.”

You can catch the full PC release trailer for CrossCode below, giving you a nice idea what to expect when the game makes its way to PlayStation 4 very shortly.