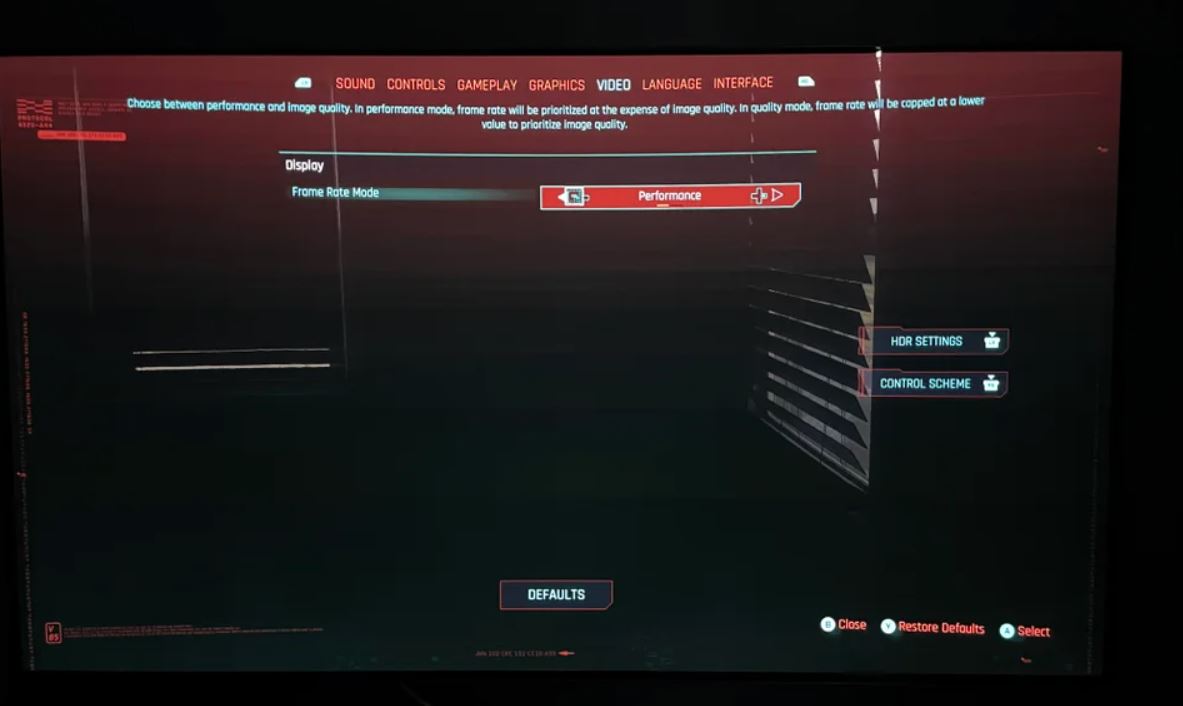 Thanks to a user on Reddit and multiple users on Twitter who have been talking about the feature, it has been revealed that Cyberpunk 2077 has performance and quality modes, allowing you to fine-tune your next-generation gameplay experience to favor frame-rate or the resolution.

DanXcel on Reddit posted the image from his Xbox One copy of Cyberpunk 2077, which he is playing on Xbox Series X thanks to the retailer shipping the game early. And when playing on the new console, you are given the two performance options to choose between. Although we have no confirmation that this feature will appear on PS5, it is safe to make the assumption that it will, given that most games on both platforms have the option on PS5 and Xbox Series X.

It’s worth noting that these options are built into the last-generation versions of the game, after you install an update, as the native PS5 and Xbox Series X versions of Cyberpunk 2077 aren’t due out until 2021.

Can confirm Quality vs Performance mode in Cyberpunk 2077. I posted yesterday. Game was shipped early to me! from XboxSeriesX

Other than that, Cyberpunk 2077 is close and a YouTuber has just estimated the size of the map, with his guess being about twice as big as GTA 5’s map.