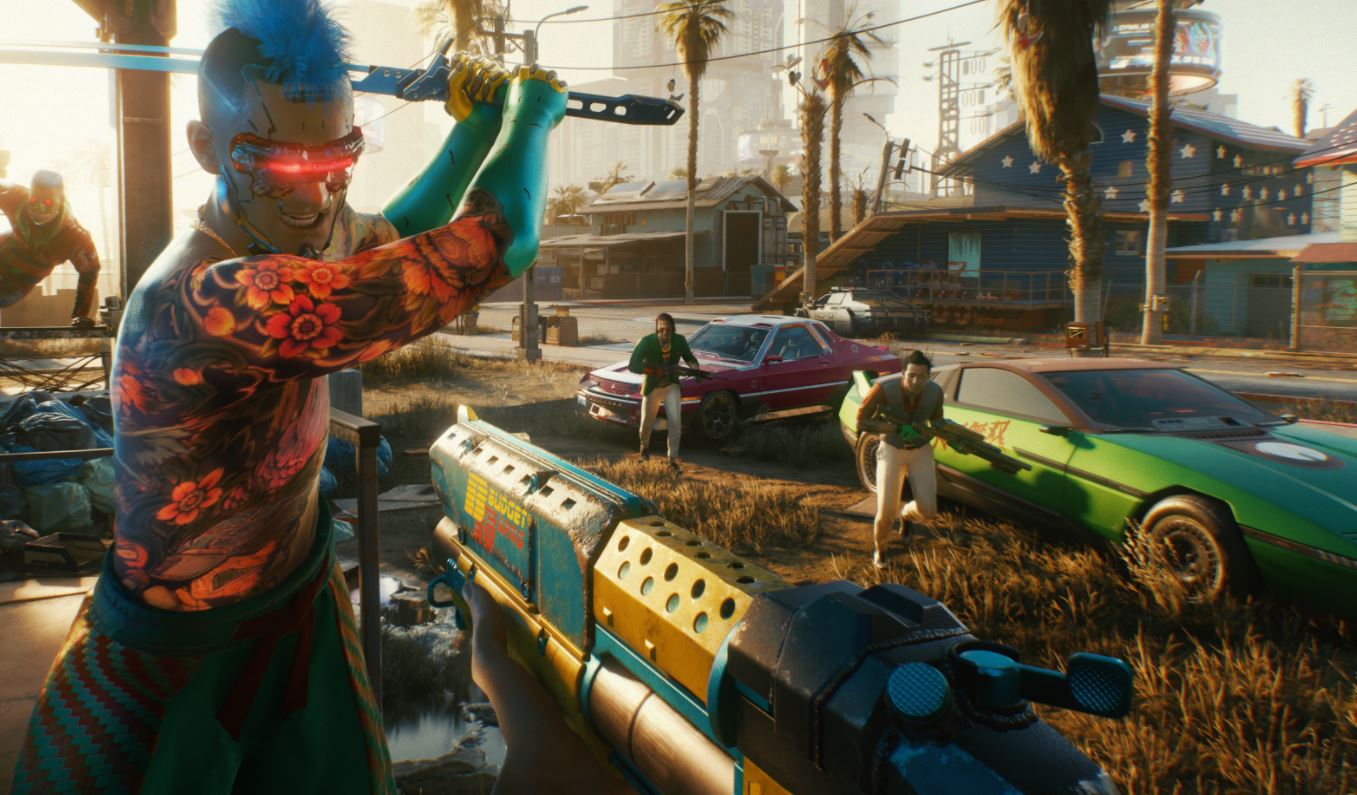 The Cyberpunk 2077 PS4 file size has been revealed ahead of the game’s highly anticipated launch this December, and unsurprisingly, it’s quite hefty. According to a leaked copy of the game, which was detailed on Reddit the instal size for the game out of the box, without any patches is 56.325 GB.

Cyberpunk 2077 will make its debut on PS4, PC and Xbox One on December 10, after a number of delays. Actor Keanu Reeves originally announced an April 2020 release date at E3 2019 (“You’re breathtaking!”), before being pushed to September.

After this, CDPR delayed the game yet again to November, and finally confirmed the sci-fi epic would be shipping next month, just missing out on the launch of PS5 and Xbox Series X. Not that it matters, as robust next-generation versions of the game won’t be out until 2021.

You can have a gander at the first footage of Cyberpunk 2077 running on PS4 Pro and PS5 here.