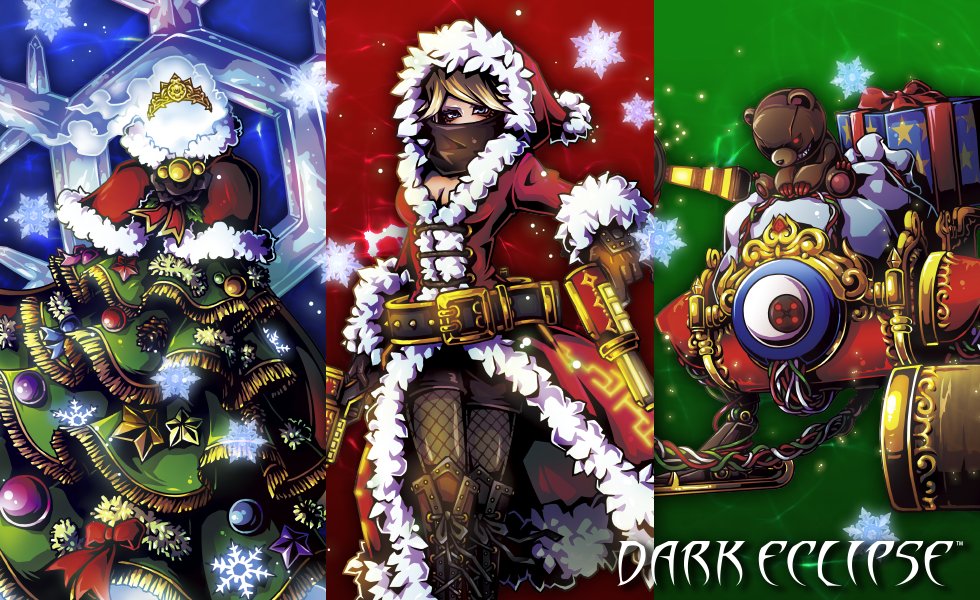 Most excitingly, a new tutorial mode has been added to smooth the onboarding of new players. While there had been a tutorial in the game since launch, it was fairly basic. I took a quick run at the new tutorial, and found it to be much more intuitive and deep than its predecessor, allowing new players to learn the ins and outs of the game far more easily.

In addition to that, SUNSOFT has added three new characters to the mix, each with their own special moves and abilities.

And as an added holiday treat, players will receive daily log-in bonuses – including in-game currency, player icons, a new leader and a hand skin. There are also some new holiday themed skins for characters in the store, and a new Yeti hand skin.

SUNSOFT continues to show their commitment to Dark Eclipse. If you haven’t given the game a try, now is a perfect time to jump in. You can always play against the AI until you are ready to jump in the deep end. And of course, free is free.