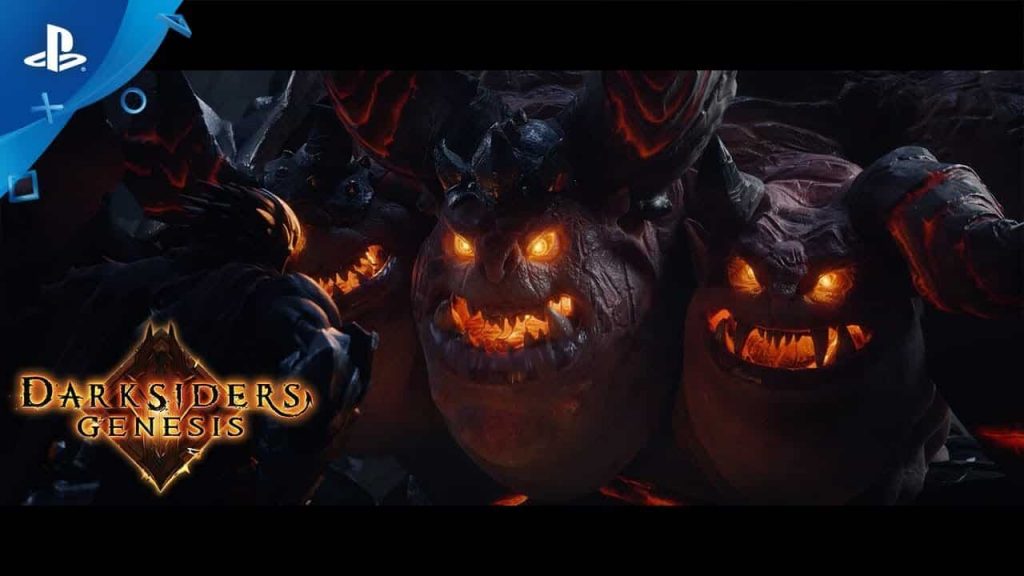 Airship Syndicate’s Ryan Stefanelli has revealed details on the Darksiders Genesis game length, confirming the top-down actioner will take players roughly 15 hours to complete. The figure actually stood at 10 hours at one stage, but quickly swelled as development progressed.

Speaking with Escapist Magazine, Stefanelli revealed that Darksiders Genesis features 11 stages and five boss battles, with players able to replay each one.

When we were thinking about how we want to approach what we show the players versus what we tell the player, we thought it would make it a more interesting experience to tell the players exactly what they failed to acquire so they know, ‘I have to go back and find this chest and some Boatman Coins and I’m missing an ammo type.

We reward exploration. A lot of things are hidden throughout. Secrets, puzzles. The structure of the game is mission-based, so you can replay a mission and look for the stuff you missed the first time.

Darksiders Genesis is slated for release on PlayStation 4, Nintendo Switch, and Xbox One on February 14, 2020, with a PC and Google Stadia launch arriving earlier on December 5. The game is a spin-off to the main series, and takes the form of a dungeon crawler RPG.

Here’s some more info to digest:

From the dawn of creation, the council has maintained the Balance across existence. Carrying out their orders are the Horsemen, Nephilim (powerful beings spawned from the unnatural union of angels and demons) who have pledged themselves to the Council and been granted immense power.

However, this power came at a tragic cost: the Horsemen were ordered to use their newfound strength to wipe out the rest of their kind. What followed was a bloody battle on Eden where the Horsemen, obeying the will of the Council, annihilated the Nephilim.