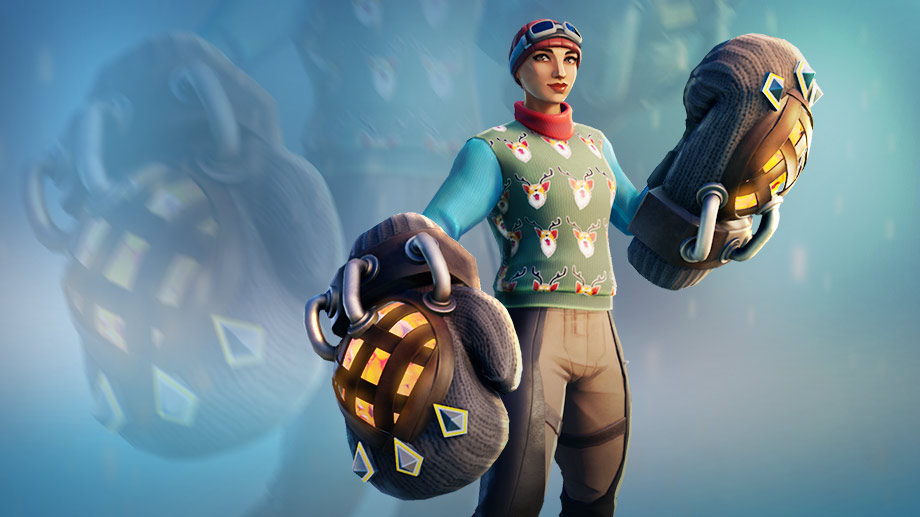 Phoenix Labs has unleashed a chilly list of Dauntless update 1.44 patch notes for you to gawk at, which features a new event known as Frostfall. The update is now live for PS4, PC and Xbox One versions of the game, and there’s an absolute boatload of content to digest.

Find out what’s new with Dauntless 1.44 below.

Honest Ozz has a whole new set of goods in stock for Frostfall! Stop by to pick up a holiday sweater (or three), keep your fingertips toasty with some new Frostfall Mittens, and let your winter banner wave from the Flagstaff of the Frostwarden-General.

There are also 3 new curiosities to play with: the Frostfall Cauldron, Adorable Snowperson transformation, and the Frostfall Beacon!

If you want to shop Ozz’s holiday shop, you’ll need to earn some Frostfall coins. And this year, there are 4 ways to get them:

Someone has been hiding gift-wrapped boxes on islands in the Hunting Grounds. Could it be Silver Nikola? If you happen to find one, open it up to earn 5 Frostfall coins and a mysterious Frostfall Gift curiosity.

Earn 10 Frostfall coins for every bounty you turn in during Frostfall. (Yes, even the bronze ones.)

Want to gift yourself a little something extra? Stop by the platinum store! This year, you can get the new Nine Pups A-Puppin’ sweater and Exquisite Frostfall Gifts, plus past Frostfall favourites like the Let it Snowball emote.

If you don’t already own it, you can also get the Sit Cross-Legged emote for free from December 24 to 26!

There are 3 types of Frostfall gifts available this holiday, each with a different set of potential rewards. If you don’t want to spoil the surprise, go ahead and skip this section. Otherwise, here’s the breakdown:

Fixed a bug where Boreuses would put up their ice shields before spawning minions.

Fixed a bug where Hellion volcanoes would target players outside of their combat area on Hunting Grounds.

Fixed a bug where the camera would flip upside down after a Malkarion tried to eat a Slayer.

Fixed a bug where Pangar heads would stretch.

Fixed a bug where a Riftstalker’s murder palace wouldn’t vanish after it fled.

Torgadoro grapple sync attacks can no longer down a player, activate the “From the Ashes” amp, and then kill the player again. Once is enough, Torg…

Koshais no longer vanish during the Melting Point island event.