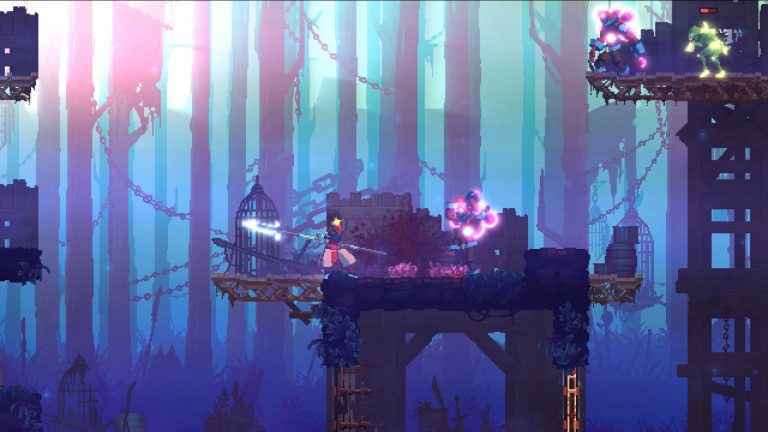 Motion Twin has unwrapped the Dead Cells update 1.29 patch notes for you to digest, which comes packing a range of crossover content as well as various quality of life improvements. Read up on the latest Dead Cells patch notes.

– They say this was supposed to heal you, but it doesn’t seem to work that well… Eh, who cares, it looks cool as heck.

– Unleash your inner chicken and bring wrath to your enemies, as you lay egg-bombs all over the island.

– Looks like Blobespierre has finally learnt that he’s not obliged to stop running everytime he wants to take a swing.

– Shoot with one to mark your enemy, hit with the other to get your ammo back.

– One swing, two swings, one uncontrollable whirlwind… You know the deal.

As you explore Prisoners’ Quarters, you might notice some new unusual rooms that don’t seem to belong here. Perhaps they shifted from another dimension ?

Legends say that finding and exploring those rooms will bring you glory and strength!.. as well as new tools to add to your arsenal.

We also heard that a strange, mysterious, might-be-full-of-hints book has appeared somewhere in Prisoners’ Quarters. However, its sayings look quite cryptic and incomprehensible…