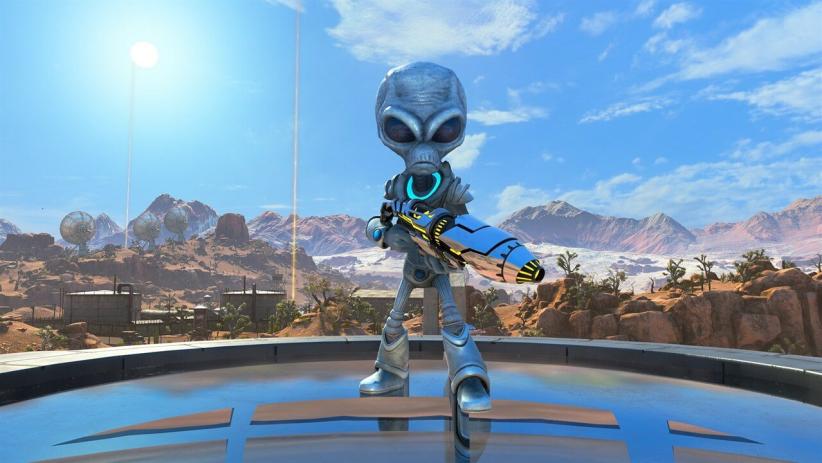 Fresh rumors about a Destroy All Humans! 2 Remake have surfaced online, just as publisher THQ Nordic pulled a cheeky bait and switch on fans on Twitter by announcing the original game for Nintendo Switch.

Twitter account Destroy All Humans! Tribute has unearthed new evidence on a remake of the second game, which is apparently known as Project Cattleprod 2. The info was found on a German website for video game funder Federal Minstry of Transport and Digital Infrastructure, with the remake seemingly one of the games being funded.

Work has resumed for some time at @BlackForestTeam Studio. Some details, about their mysterious "Project Cattleprod 2", are now a little clearer. A concept-art has even been presented to rise the tease!
For more info: https://t.co/ysnJLuIcwf
©Screenshot Black Forest Games GmbH pic.twitter.com/G1Kk8PRE8r

According to the info found, Project Cattleprod 2 allows players to “use various weapons and psi forces to fight enemies or influence them” and features an “over-the-top story with references to contemporary pop culture and satirical social critique, varied struggle and elaborately staged destruction of buildings.”

Yes, this all very much points to Destroy All Humans! 2 being remake, although right now, take it with a pinch of salt as there’s no official word on the matter.

As mentioned above, THQ Nordic announced a Switch version of the original game’s remake, and it’s curious timing considering the hype around a Destroy All Humans! 2 Remake. Maybe it’s just going to let this one sit for a while? Or perhaps it’s nothing at all – we’ll have to wait and see.

Destroy All Humans! is now available for PS4, PC and Xbox One and will hit the Nintendo Switch this summer.