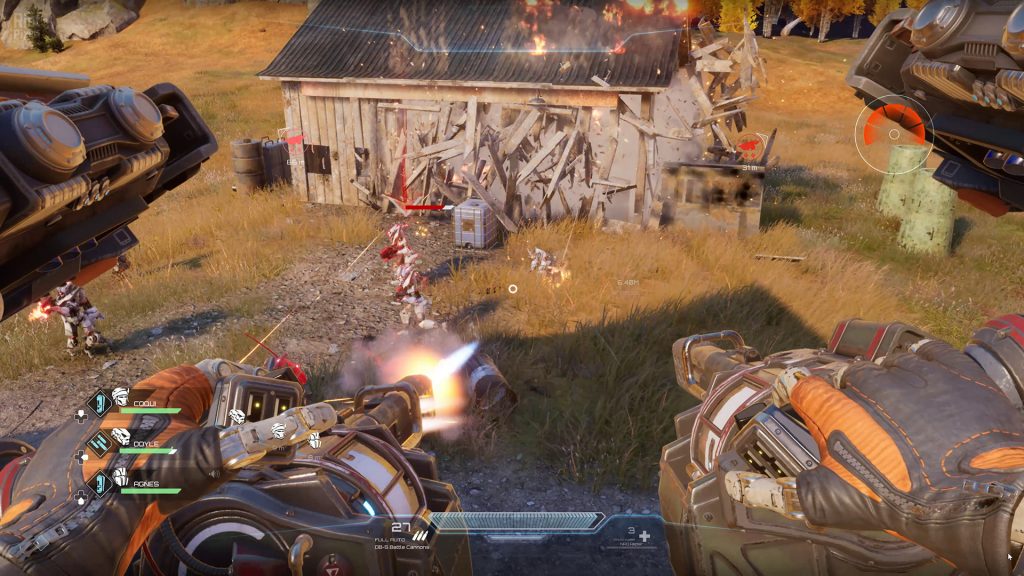 Private Division has just announced that Disintegration, the upcoming FPS-strategy hybrid will be having a multiplayer beta. And, the best part is that you can now sign-up for the Disintegration PS4 Multiplayer Beta.

V1 Interactive announced the news on Twitter earlier today. The beta will run from January 28 to January 29. You can sign-up for the beta here by choosing your platform (PS4) and entering a few details. Upon signing up you will then be in with a chance of receiving a code for the Disintegration PS4 Multiplayer Beta in the future. An open beta for Disintegration will then take place in the weeks following.

Disintegration is set in the future where humanity is on the brink of extinction and have subsequently turned to technology for help. Through the process of Integration, a human’s brain is removed from its body and placed inside a robotic skeleton. The game blends first-person shooting with strategic gameplay that you would see in a strategy game.

V1 Interactive, the developer of the title was founded by Marcus Lehto who previously co-created Halo and served as creative director at Bungie. This is the studio’s first project and will be publisher Private Division’s third game, after the release of Ancestors: The Humankind Odyssey and The Outer Worlds last year.

Disintegration is set to release in 2020 for PS4, Xbox One, and PC.