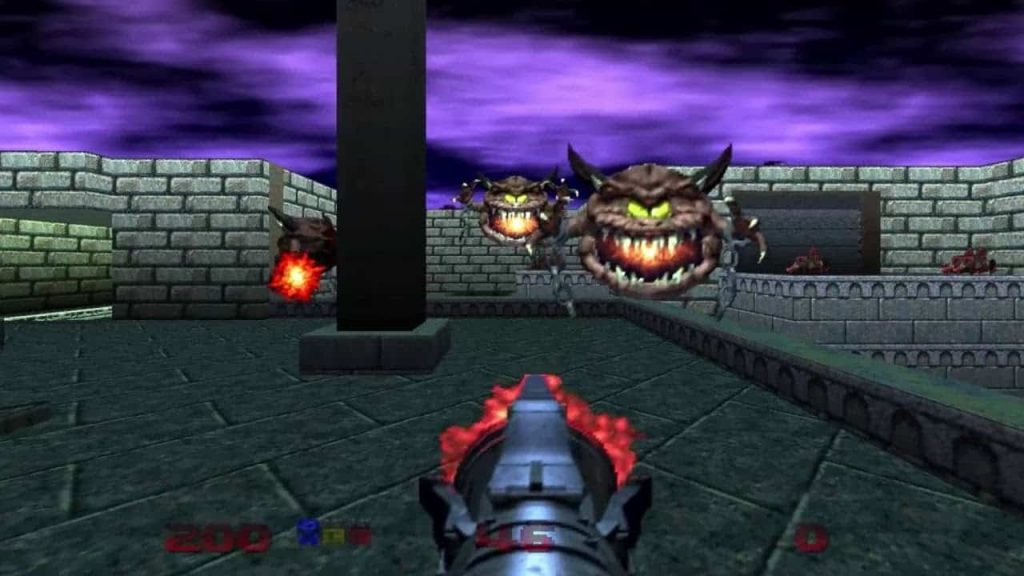 The upcoming PlayStation 4 version of DOOM 64 will feature a number of enhancements over the original Nintendo 64 edition of the shooter, developer Nightdive Studios has confirmed.

Speaking with USGamer, James Haley, senior developer on the project, firstly revealed that gamers will be able to unlock a new mission in the PS4 version of DOOM 64. This mission takes place after the events of the main campaign.

On our end, persistent players will have the opportunity to unlock a new chapter in the Doomguy’s saga, taking place shortly after [Doom 64’s] original campaign concludes. The Mother Demon you defeated in that outing had a sister, and since you’ve been messing up Hell non-stop, she tries to get rid of you by sending you away.

If you can make your way back and take revenge, you’ll be rewarded with a bit of lore that fans of both series, new and classic, should enjoy.

Elsewhere, Samuel Villarreal, the game’s lead engine developer, detailed the various ways DOOM 64 has been improved for the PS4:

There were many subtle things that were missed when I initially reverse engineered the game, such as enemies being able to trigger the dart traps in Even Simpler. Enemies having different falling physics compared to the player’s. Delays in scripted events being one-frame shorter—the split door in Breakdown is a good example of that—and [the] slightly different line-of-sight logic.

Getting those right also made it possible for the demos to sync up, which was something that I struggled with for years, so now users will be able to use the ‘RunHecticDemo’ password [a code used to watch a successful playthrough of Doom 64’s hidden level Hectic].

In addition to this, the game is also capable of supporting frame rates for monitors beyond 60Hz, meaning you can choose to run the game at 120 FPS or even above 1000 FPS. Everything is now interpolated to run as silky smooth as possible.

I’ve even employed a technique that was suggested by John Carmack in his release notes when the source code to Doom was released back in 1997. These things are pretty subtle but I am definitely proud of it.

DOOM 64 will be released via the PlayStation Store for $4.99 on March 20, or will be made available with all pre-orders for DOOM Eternal.