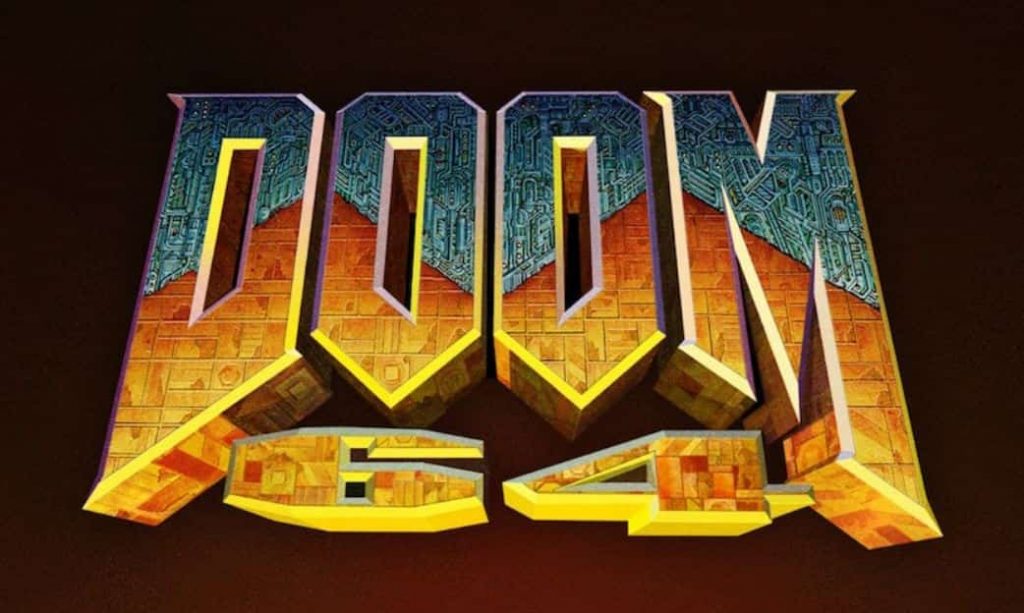 When people look back at DOOM 64, they sometimes make the mistake of assuming that the game was merely a port of classic DOOM for the Nintendo 64. The truth however, is that DOOM 64 is an entirely separate game that for all intents of purposes, in both narrative and game features, was DOOM 3 before DOOM 3 was DOOM 3… If you know what I mean.

Available at last on PS4 in perhaps the most surprising port ever (I’d literally never have guessed that they would resurrect the title in million years, but that’s just me), DOOM 64 is an often overlooked shooter that simply doesn’t get enough credit.

Taking place directly after the events chronicled in DOOM II (see, I told you it was a proper sequel), DOOM 64 once more puts players in charge of the Doom Marine, who is once again sent back into hell to deal with the ‘Mother Demon’, a particularly nasty grotesque who has the ability to resurrect her fallen evil buddies and once more send them against humanity.

From a game design standpoint, DOOM 64 also largely embraces the broad structure of the classic DOOM games, with the player being tasked to rip and tear through a variety of moon base and hell themed levels, destroying demons, collecting new firearms, seeking out life prolonging secrets and obtaining different color keys in order to progress. So far, so DOOM then – the major exception being that DOOM 64 has never boasted a multiplayer mode, but then again, that would hardly be the crux of the game’s appeal anyway.

Where DOOM 64 really diverges from its prequels however, is in the array of nips, tucks and wholesale changes that have been made which really help to put DOOM 64 all in a class of its own. For a start, DOOM 64 looks almost entirely different to its classic predecessors. Designed on a proprietary engine that shunned the relatively flat levels of classic DOOM, DOOM 64 makes the most of its superior underlying tech providing greatly improved lighting and creating a range of much more dynamic maps that actively attempt to stymie the player.

One example of this, is that DOOM 64 will often alter the very structure of the level behind you. So, should you find yourself ambushed by various hellspawn, if you attempt to backpedal in an effort to take a breather and to put some distance between you and your foes, you’ll more often than not find that the way behind you has been blocked by a new set of bars or a wall that wasn’t there before. DOOM 64’s level design is nothing if not exceedingly fiendish, to put it mildly.

Ultimately, the level design of DOOM 64 is really quite good and holds up even today, mixing in traditional DOOM style kill rooms with much more tense, horror style jump scare elements as well as the aforementioned unorthodox level design. Yet, this also makes DOOM 64 feel quite unlike the previous two games in the series, as it doesn’t boast the same amount of enemies on-screen as the classic DOOM games do, effectively compounding its more atmospheric beats and slower pace and for that, some players may shun it outright as a result.

DOOM 64 also has a great many more puzzles than the classic DOOM games possess too. With something of a premium placed on using (and sometimes shooting) timed switches to unlock new areas in a given level in order to for you to proceed. Again, if you were expecting a mindless splatter-fest from DOOM 64, you might be disappointed, but the employ of such quirky level design, horror movie style atmospherics and tricky puzzles all add up to create a DOOM title that is much more removed from its classic franchise stablemates than one might assume at first glance.

Speaking of first glances, DOOM 64’s visual redesign extends to its cast of hellish fiends too. Every sprite has been entirely re-imagined, re-rendered and given fresh animations, ironically making DOOM 64 look much more like a true, aesthetically progressive sequel to the classic DOOM games as a result. This visual overhaul also extends to the manner in which the combat animations play out too.

In both DOOM and DOOM II there was a certain amount of digitization used to simulate when the player would swing the chainsaw, fire the combat shotgun or reload the super shotgun. In DOOM 64 however, you merely get the muzzle flash of the gun firing and a slight twitch of the weapon in your hand. That said, despite their relatively tame aesthetic, they all still feel pretty good to use regardless.

Other changes also affect the way in which many of these weapons work too. The combat shotgun is much more effective at longer ranges for example, while the super shotgun reloads much faster than it did in DOOM II, effectively changing the dynamic of how these various firearms function at varying ranges and helping to make DOOM 64 that much different when compared to its classic predecessors.

As roundly enjoyable as DOOM 64 is however, it’s not quite a perfect port. Though the game quite happily trundles along at 60 frames per second there is something of an odd issue with power ups. When you collect some power ups such as the Berserk ability, you get text telling you that you have obtained it and the screen flickers red for a bit – but then the screen effect and text disappears a second or two later and you have no idea whether the ability is still active or not.

Ultimately then, DOOM 64 is Classic DOOM III in all but name – a wonderfully wrinkled take on the series’ classic formula that surprises with its more deliberate atmospheric horror beats. An excellent pre-order bonus for those who have pre-ordered DOOM Eternal and a great little shooter that stands on its own merits, DOOM 64 is absolutely worth your time.

DOOM 64 deserves another bite at the apple, not least because it presents a clever and atmospheric twist on the classic DOOM formula that was previously thought lost to time. Able to stand on its own merits, DOOM 64 comes highly recommended to fans of both DOOM and retro shooters at large.