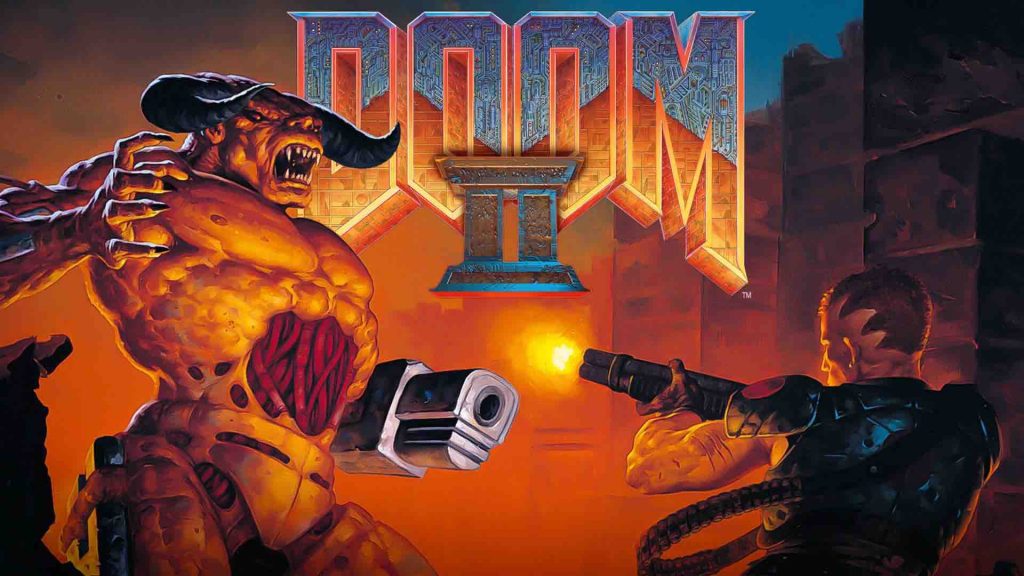 Even back in 1994 when DOOM II: Hell on Earth stormed onto PCs everywhere, it always felt more like a victory lap for id Software’s brand new FPS IP rather than the groundbreaking, trailblazing genre defining classic that its predecessor had. Fast forward some 25 years and DOOM II‘s reputation remains similarly – this is very much a case of the wheel ain’t broke don’t even fix it – in fact, don’t even look at the wheel full stop, eh?

DOOM II Is More DOOM – What’s Not To Like?

While it’s true that DOOM II is quite content to kick back and give folks more DOOM, id Software have made some changes here and there to keep genre veterans on their toes. For a start though the general level structure remains the same as before – kill stuff, collect keys, collect weapons and reach the end, there is now a much larger murderer’s row of monsters trying to take you down.

From the highly damaging Chaingunner to the rocket firing Revenant and the stalking armoured Arachnotron, DOOM II’s new host of foes prove to be an especially challenging bunch indeed – not least because quite unlike the first game, enemies can congregate in much larger groups than ever before; requiring your strafing game to be at its peak. It’s just a shame that the only new weapon in DOOM II is the (admittedly awesome and highly satisfying) sawn-off shotgun, but beyond that there are no other new toys to get to grips with.

If the enemies in DOOM II pose a staunch challenge than so too do the levels present an equally troublesome prospect . Much bigger and more sophisticated than the maps seen in the original game, each of DOOM II’s 50 or so maps can take a good amount of time to complete – and even longer to fully plumb their depths in order to discover their multitude of secrets.

When taken in tandem then with those aforementioned fearsome new enemies, it soon becomes clear that DOOM II isn’t for newcomers to either the series or the genre at large. Indeed, the premium placed on twitch-muscle reaction times, spatial awareness and general difficulty is such that DOOM II an only really be recommended to those players whom have bested DOOM and are looking for a new challenge.

Speaking of challenge, DOOM II on PS4 is absolutely stuffed with it. With a total of over 50 levels which is in turn comprised of secret levels and the new, super difficult Master Levels which were released shortly after DOOM II’s initial release, there is quite literally hours and hours of demon blasting gameplay to be had here.

Port-wise, much like DOOM Classic, Bethesda have not disappointed (though the annoying bordering issue from Classic DOOM on PS4 returns here). Packing in the same visual resolution upgrades and all of the original sounds, music and excellent Dualshock 4 controls, DOOM II also includes the split-screen campaign co-op and deathmatch modes that were available in the previous game – extending DOOM II Classic’s already considerable longevity by some margin.

Ultimately then, DOOM II is the safest of bets. A game which seeks to merely give us more of what we’ve already seen before without making any strides to further the formula in any kind of particularly notable fashion. It’s still a palpable thrill to test your mettle against some of the most fiendish FPS levels ever designed however, and if that sounds lie fun to you, then you know what to do.

A sterling port of what is an extremely safe FPS sequel, DOOM II is easy to recommend to anyone that just wants more classic DOOM but who isn't necessarily bothered about a lack of any real innovation. Be warned though, the much higher difficulty does not make DOOM II an ideal starting point for series or genre rookies.