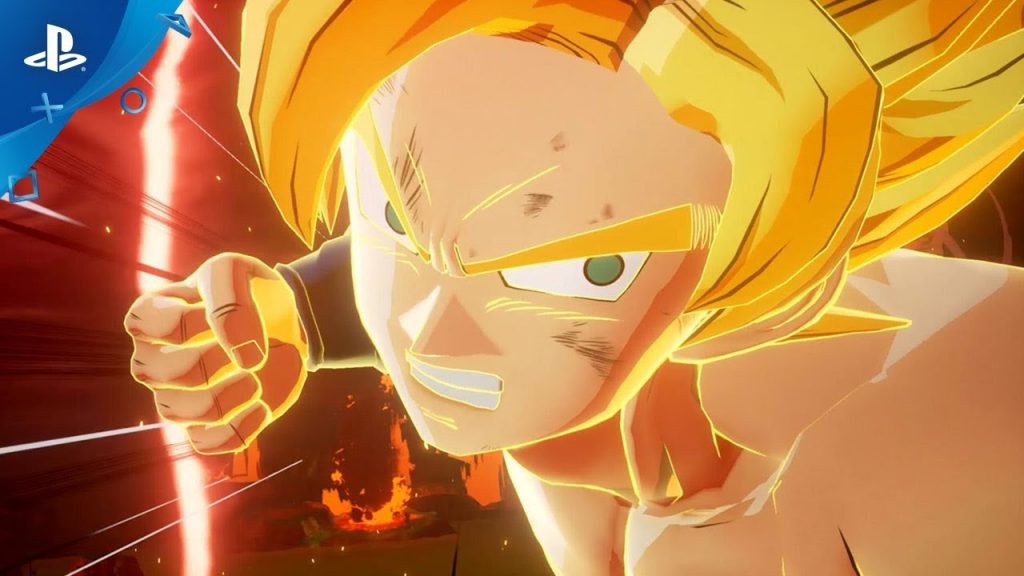 CyberConnect2 and Bandai Namco Games‘ Dragon Ball Z: Kakarot PS4 is one of the most anticipated third-party games for Sony’s seven-year-old console currently on the horizon. And with good reason: Dragon Ball FighterZ was bloody fantastic, so a follow-up was always going to be met with salivating enthusiasm from the community.

Check out our handy Dragon Ball Z: Kakarot PS4 FAQ for everything you need to know about the upcoming manga-flavored romp.

Dragon Ball Z: Kakarot PS4 -What Is It?

There’s a bit difference between FighterZ and Kakarot, however. While the former was an out-and-out brawler, this latest entry is an action-RPG and follows the story of Goku, perhaps the most iconic character in the franchise.

Players will take part in everything Goku does in his daily life. Yes, there’s those stylish Dragon Ball Z battles that you’ve come to expect, with destructible environments and epic boss battles, but Kakarot extends beyond the fisticuffs.

You’ll soak up epic and light-hearted story events, unearth plenty of Dragon Ball Z Lore, and even build relationships with other characters as you live, fish, fly, eat, and train as Goku. There’s backstories that weren’t featured in the manga, and if you fly high enough, you’ll be able to view the world map. How cool is that?

Relive the story of Goku in Dragon Ball Z: Kakarot! Beyond the epic battles, experience life in the Dragon Ball Z world as you fight, fish, eat, and train with Goku. Explore the new areas and adventures as you advance through the story and form powerful bonds with other heroes from the Dragon Ball Z universe.

While this is Goku’s story, Dragon Ball Z: Kakarot will also feature numerous playable characters. Details have come out that the game will cover the entire Dragon Ball Z storyline,and a vast number of characters have been revealed to be playable:

Other characters set to appear as NPCs:

Bandai Namco Games has confirmed that Dragon Ball Z: Kakarot PS4 will launch in early 2020. The game will arrive on January 17, 2020 for PS4, PC, and Xbox One.

There’s been no confirmation of a Dragon Ball Z: Kakarot beta at this point. However, we’ll keep you posted.

As of right now Dragon Ball Z: Kakarot is a single-player game with no planned multiplayer at this time.

Dragon Ball Z: Kakarot isn’t a fully open world. Instead, the big open areas are separated by sections but you can explore them fully. Famous locations from the anime and manga will be featured prominently such as Roshi’s Island, Planet Namek, a desert where you will find Babs home, Rocky mountainsides where Goku did battle with Vegeta for the first time. and even the Supreme Kai’s World.

Kakarot will have a crafting system where Bulma will be able to craft and modify walking mech suits and vehicles. Although you don’t really need any form of transportation besides flying. It’s still a nice addition, besides we are sure there will be plenty of side activities that will require these vehicles

Each playable character will have their own skills trees. These skill trees will be separated into different colored orbs. Orbs can be acquired all around the world but are also earned through combat and completing quests. Players will be able to upgrade their characters with new attacks. and Passive skills.