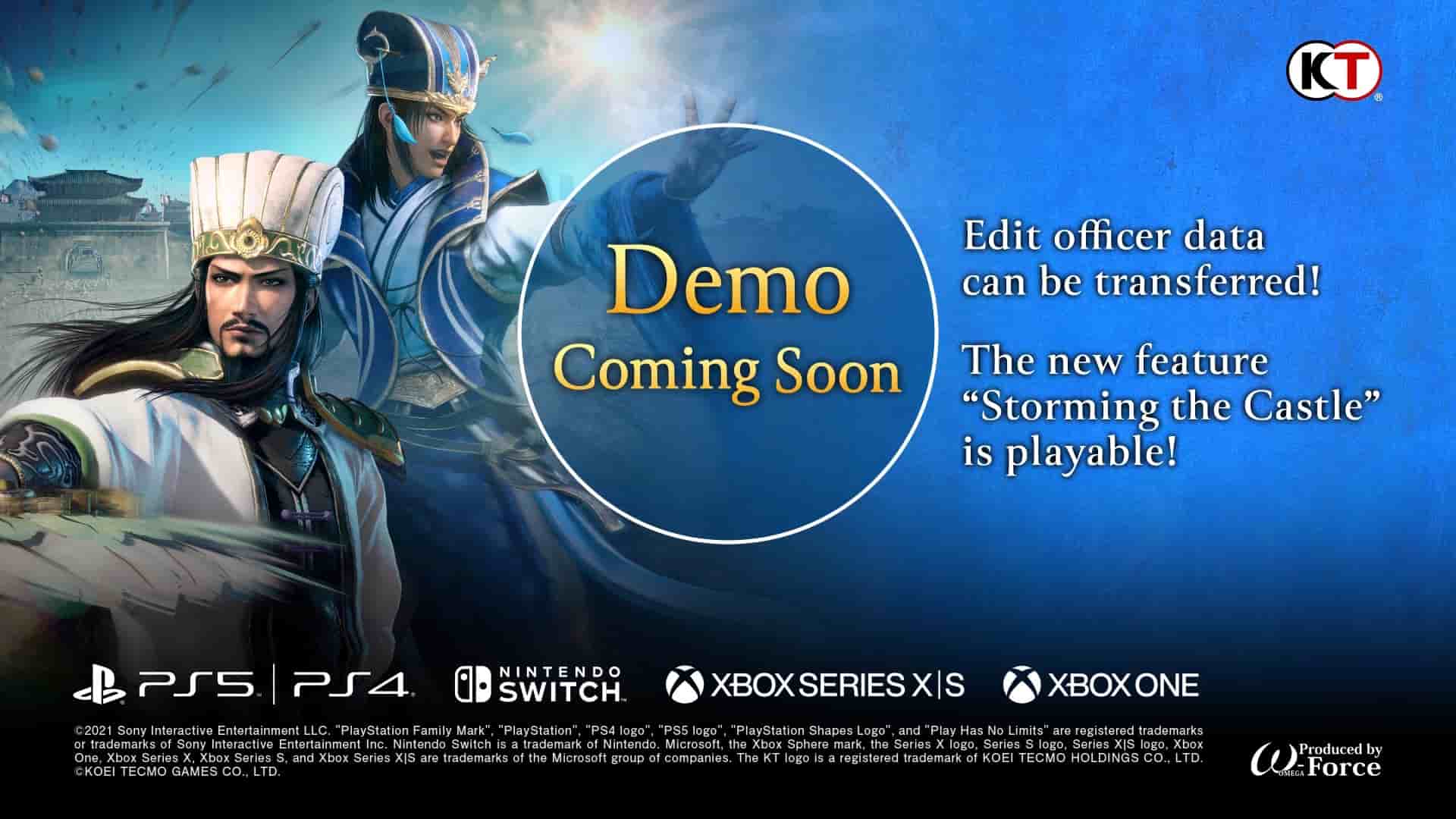 Koei Tecmo has announced that it will release a Dynasty Warriors 9 Empires demo in the US and Europe.

While a release date has yet to be announced, the Dynasty Warriors 9 Empires demo will feature the ability to play the Storming The Castle encounters, as well as take the edit mode for a spin, which features officer data transferring to the full version of the game.

The announcement comes off the back of the release of the Japanese version of the demo, which is now available for PS5, PS4, Nintendo Switch, Xbox Series X/S, and Xbox One. Presumably, the western release will also cater to all those formats.

Dynasty Warriors 9 Empires is scheduled to ship in the US and Europe on February 25, 2022, and will arrive in Japan on December 23, 2021. Check out 11 minutes of action-packed gameplay footage here to see how the game is shaping up.