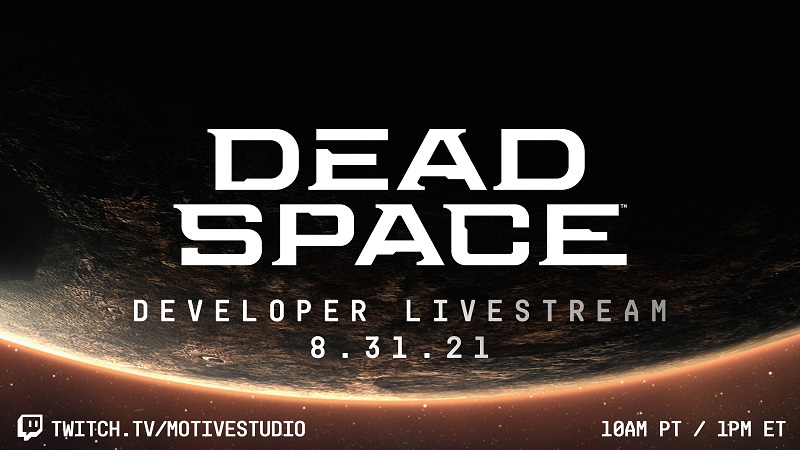 EA’s Motive Studio announced during an EA Play Live this year that Dead Space is coming back, and a remake is in the works for the PS5 and other current gen platforms, but while we only got a very short clip with its reveal, Motive Studio says they’ll have more for us very soon, in fact tomorrow, August 31, 2021 in a livestream.

The stream will begin at 10am PDT / 1pm EST / 6pm BST and be streamed live through the studio’s official Twitch channel. There’s no idea as to what could be shown, but considering the fact that the game is potentially releasing in late 2022, it’s doubtful we’ll see very much right now.

The passionate team at @MotiveStudio are bringing you in for a very early look at the development of #DeadSpace.

So in the spirit of good old fashioned speculation, what we could potentially see are things like an early look at concept art, hear from the developers about how the project started, the ideology behind their approach to remaking a classic, and perhaps another trailer. Though that’s just my own speculation, considering how far out we most likely are from a release date.

On the other side of the spectrum though, any gameplay, even a few seconds, would be incredible to see. As a fan of the original game I’m most excited to see what new details have been added the Ishimura that further the environmental storytelling, and how today’s better lighting capabilities will effect moment to moment gameplay and tension.