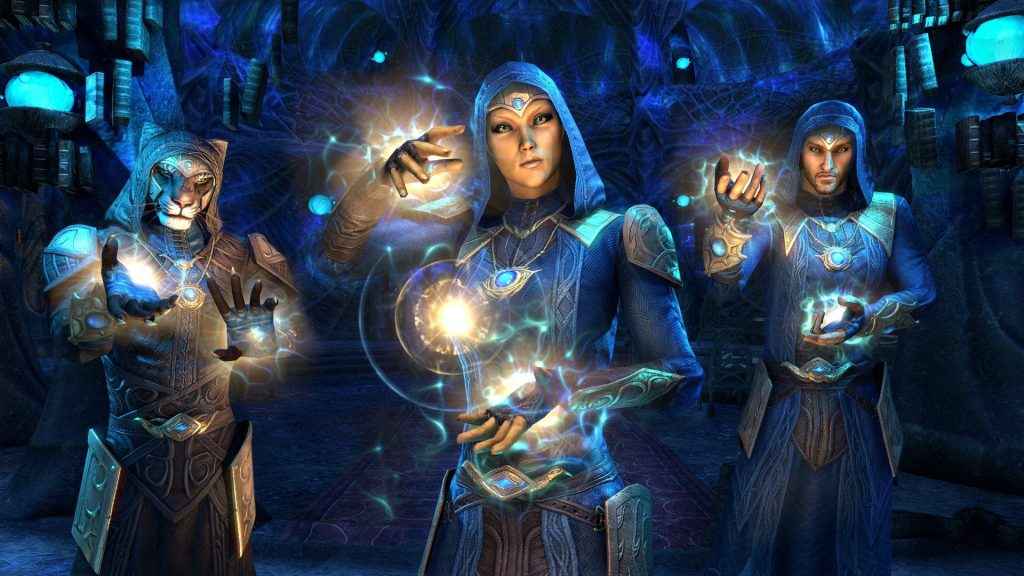 In Summerset, the next Chapter in The Elder Scrolls Online, players will be able to discover the secretive mages of the Psijic Order, and, for the first time ever, join their ranks to learn the ways of these magical masters.

So, what is the Psijic Order, a group so reclusive no Elder Scrolls game has truly revealed their mysteries before? The sneak peek video helps bring Elder Scrolls fans up to speed on one of Tamriel's most secretive organizations.

In ESO: Summerset, players will travel to the Isle of Artaeum to find and join the enigmatic Psijic Order for the first time in the Elder Scrolls series. This secret society of mages has returned after a 350-year long absence, bringing with them a unique quest line and story that will have players traveling all over Summerset to close destructive and mysterious time breaches. Once accepted into their ranks, adventurers will have access to an all-new Psijic Order Skill Line - for new or existing characters - that includes unique abilities: slow and freezes enemies in place, meditate to restore your health and resources, or even rewind time itself! With these new powerful abilities, players can explore the Isle of Artaeum, visit the Ceporah Tower and Ritemaster Lachesis, and unravel the secrets of both the ancient organization and the history of the Mages Guild.

You can find out more about the Psijic Order on the game’s website.

The Elder Scrolls Online Summerset will be available on PS4 June 5, 2018. You can read our preview of this latest addition to the ever-growing online version of Tamriel.