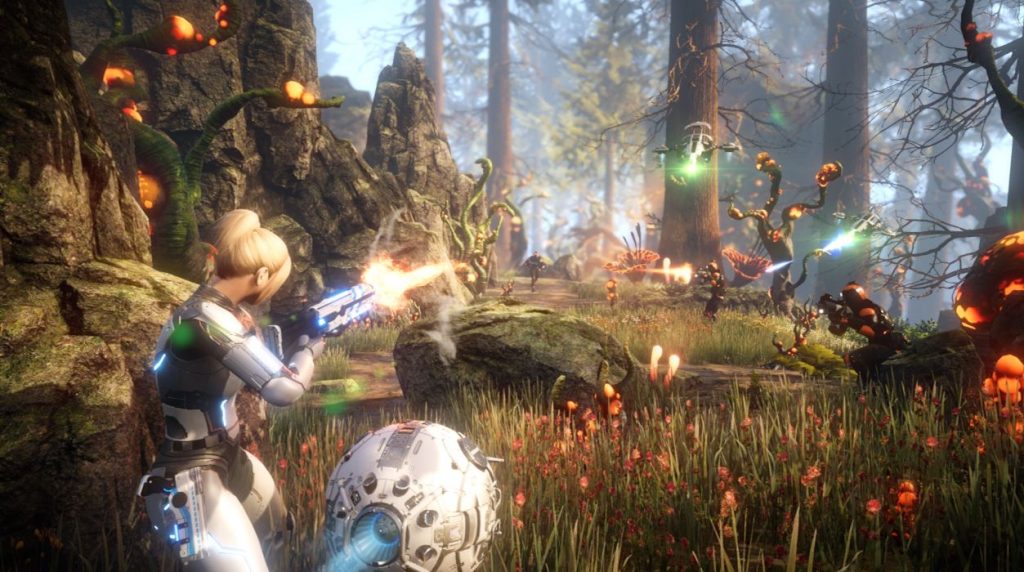 Everreach: Project Eden has just been announced for PS4, set to arrive later in 2019.

Everreach: Project Eden comes from Headup and Elder Games. Set on Eden, you are Nora Harwood, a member of Everreach’s Security Division on a mission to colonise the planet and investigate mysterious incidents that have occurred. This vast alien world contains ancient secrets of a long lost civilisation.

The game contains fast-paced, intense shooting, a full level and skill system, and immersive and gorgeous vistas. You can customise your gear and in engage in vehicular combat. The game has talent from the Warcraft movie and the Mass Effect Trilogy behind it. On top of that, D.C. Douglas is one of the voice actors. He most notably played Wesker in Resident Evil.

Everreach: Project Eden looks like an interesting new action RPG, especially given the pedigree of the team behind it. I am intrigued to see more later this year.

This description offers a bit more detail on the entire package that is Everreach: Project Eden:

Everreach: Project Eden is a fast-paced, story-driven action-RPG set on the visually stunning Planet Eden. In Everreach, you play as Nora Harwood, member of Everreach’s Security Division, on a mission to secure the colonization process of Eden and investigate mysterious incidents. Explore this vast alien world and descend into the planet’s depths to discover the ancient secrets of a long-forgotten civilization. Packed with tactical ground combat, high-speed vehicular warfare and a compelling level and skill system, Everreach immerses you in its intriguing story and diversified gameplay.

What are your thoughts on Everreach: Project Eden? What seems like the most interesting part to you? With the developers working on both Warcraft and Mass Effect, does that intrigue you more?