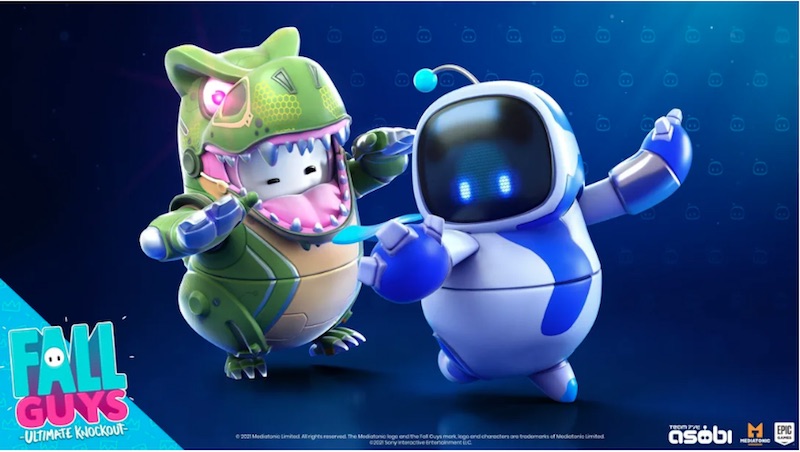 Mediatonic has announced that Fall Guys is teaming up with PlayStation for an Astro Bot crossover on March 8, 2022.

The Astro Bot Fall Guys costume will be accompanied by a new event, Sweet Thieves, which offers ‘new and immersive ways for play.’ In addition to Astro Bot, you’ll also be able to pick up the T-Rex, which will cost five Crowns each for the top and bottom parts of the outfit.

Here’s the rewards for the event:

The above rewards can be unlocked via the Sweet Thieves Astro Bot challenges from March 8 -13, while the T-Rex costume can be purchased between March 10 – 13.

Creating a Fall Guys costume is about more than transformation. Our talented team of artists believe that you need to really feel like you’re wearing the costume, not just becoming a totally different character. We think of a Fall Guys costume like real clothes made for your bean’s bulbous body. It’s like a fashion designer’s dream!